Strange specialty store. There are specialty stores, and then there are stores that, for some reason unbeknownst to me, sell only one item. Now, I can understand a restaurant that only serves a specialty dish, like curry, or a tobacco shop that sells only tobacco, albeit different types of tobacco. But can you imagine a store that sells pretty much only microphones? See the photo. Is there really a market for something like that in Ösaka? How limited can one shop be?! Or, more importantly, why?

A mop question. Do you wash out your mop after using it? If you do, how do you wash it? Me?

I simply wring the mop in the leftover water. But, think about it: If you do what I do, aren’t we just spreading the bacteria back on the floor the next time we “clean” the floor?

On Miyajima island in Hiroshima, I saw workers washing mop heads in a washing machine. Now, unlike the microphone shop in Ösaka, that makes sense.

Magic mirror. My son Brenner joined me on my trip to Ösaka, Hiroshima and Kyöto. In Hiroshima, he noticed that a portion of the bathroom mirror in our hotel room was heated to prevent condensation from forming on the glass. See the photo I took of myself showing the section of the mirror that is heated.

I’m embarrassed to admit this, but after coming back to my apartment in Okinawa, I discovered that my bathroom mirror is heated, as well. I hadn’t noticed this before. In my defense though, my bathroom mirror is separate from the shower so I rarely turn on the mirror light while taking a shower.

Streets with names! When I arrived at Kyoto Station on the Shinkansen (bullet train), I decided to catch a taxi to my hotel since I didn’t know where it was located. It was also overcast, so I wasn’t able to see the sun for guidance. I knew my hotel wasn’t far away, but I didn’t know its exact location. The taxi took a lot of side streets. I knew he wasn’t cheating me, as he was going across major streets.

After exploring Kyöto on foot, I realized that the city has major streets serviced by these side

streets. In an earlier column, I noted that streets in Okinawa and in many parts of Japan do not have names. However, in Kyöto, which was once the ancient capital of Japan, both major streets and side streets have names! A student who lived in Kyöto explained to me that downtown Kyöto was designated a capital district. As such, it was a contained area with defined borders and many side streets that serviced the bordered area.

Homecoming for Brenner. My son Brenner came to visit me in Okinawa. His mother’s grandparents immigrated to Hawai‘i from Okinawa, so for him, the trip was more than merely visiting an interesting place. It was a spiritual journey back to the land of his ancestors. Among the highlights for Brenner, who works for UH’s Hawai‘i Ocean Time-Series, was visiting the Churaumi Aquarium in northern Okinawa, where he got to see some ocean species was the first time, and exploring the Gyokusendo cave with its centuries-old stalactites and stalagmites.

While discovering his roots in Okinawa, he also got to swim in the East China Sea!

family’s Christmas party. It was the second time we did this. Shaped like a pyramid, it featured Sugako, Daisuke, Tsuyoshi and myself on the bottom. The second level was made up of Kanata, Tadayoshi and Takehisa; holding up the third level were Yuta and Tokiko — and at the very top was our shining star, Sota.

Okinawa word of the week: wikigangwa for son, and winagungwa for daughter. In Japanese, son is musuko and daughter is musume.

Louis Wai was born and raised in Hawai‘i. He practiced law in Honolulu for many years before earning a master’s degree in English as a Second Language in 2008. In 2010, he decided to move to Okinawa to teach English. 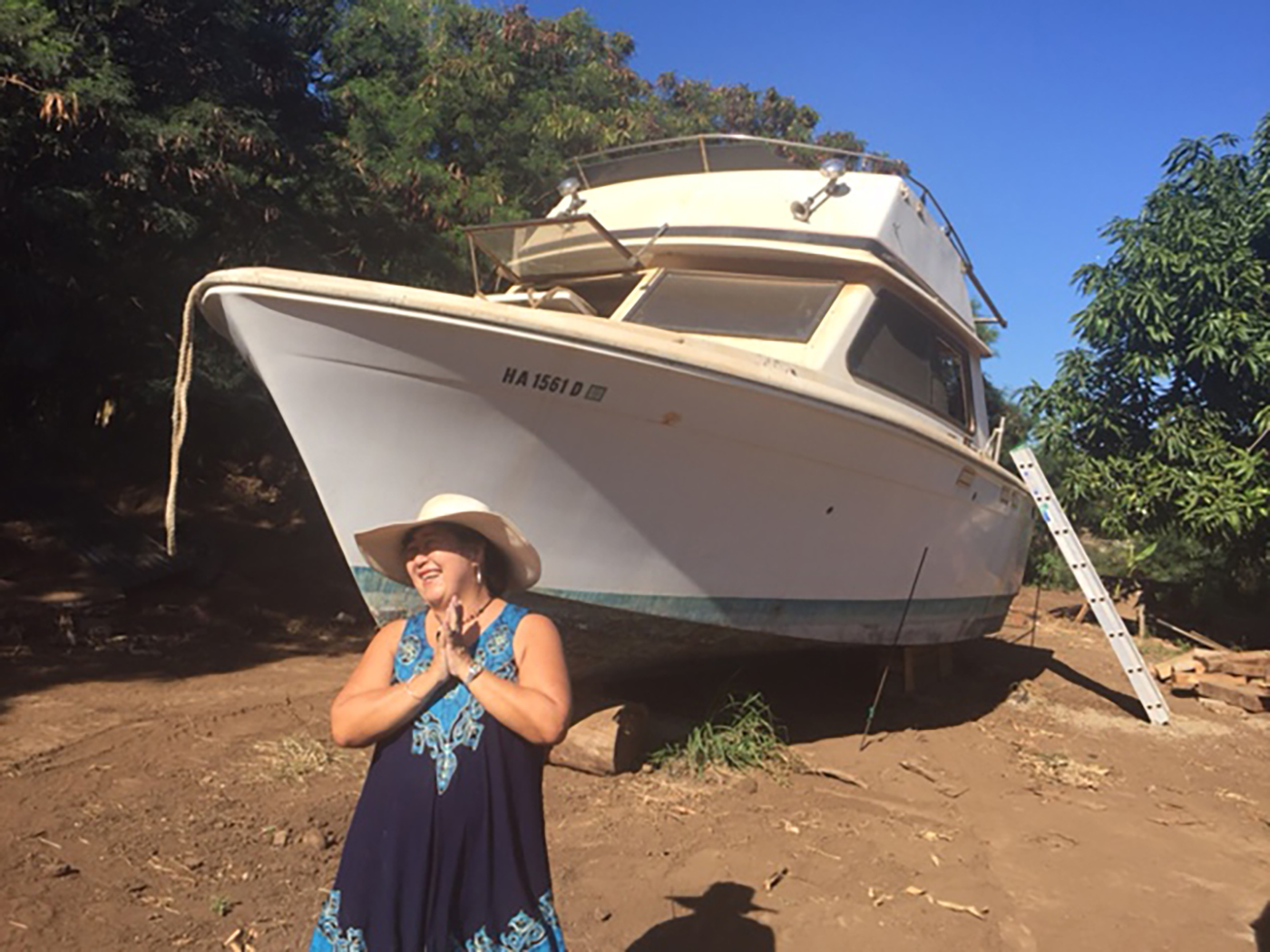