Saya Toma and Takeru Sebumi work on cases by postulating the “SPEC” of the unknown criminals and then deduce the criminal’s unknown “SPEC” to make arrests. A mystery occurs when a large number of mummified corpses arrive in Japan on a sea cruiser. Eventually, this strange incident develops into a major situation. Fully subtitled in English.

Returning to Japan after training at the FBI, Saya Toma is assigned to the Public Security Division’s Unidentified Crimes Unit a.k.a. Mishou. This special tells the backstory of Toma’s first encounter with Ninomae and Sebumi’s SIT days. Fully subtitled in English.

In 1958, people in Hakata are huge fans of the Nishitetsu Lions Baseball Team. Kameyama, who Toshiyuki owes a favor to, visits and asks Toshiyuki to hire him at “Fukunoya.” Once he starts working, he has some serious problems.

In the meantime, Toshiyuki and Chiyoko’s son, Kenta, brings a girl who needs some help. Fully subtitled in English.

Premiere titles air on Friday. Movies are shown at various times. Check your digital on-screen guide for movie schedules, using either the GUIDE or INFO buttons (up to one week ahead). Or call NGN, Mon.-Fri. from 9 a.m. to 6 p.m. at 538-1966 for inquiries or to request an e-mail of NGN 3 programming information. All movies are in Japanese language with full English subtitles.

When the aging leader of the yakuza gang Maeda-gumi decides to retire, many of the gang members have no confidence in the young man he has chosen to replace him. A fight for the succession begins.

Seventh installment of the series of “Tora-san.” Tora-san returns to his hometown and is reconciled with his mother, who has left him behind since he was born. He then starts his life as a wanderer again, and meets Hanako, an innocent but unintelligent girl who works in a textile mill. Tora-san intends to help her back to her hometown, but Hanako ends up working in the dumpling shop of Tora-san’s uncle.

Gokudo Shimamura comes to blows with the Delinquent Boss who roles into town with his motorcycle gang.

The second film in the five-part series of the famous “Jingi Naki Tatakai.” In 1950 Hiroshima City, Shoji Yamanaka is involved in a fight over cheating in a card game and stabs several men. He is sentenced to two years in prison, where he befriends Shozo Hirono (Bunta Sugawara).

Ichiko continues to live self-sufficiently, taking advantage of local seasonal ingredients for the meals she prepares for herself. The film depicts both the blessings and harshness of nature as Ichiko continues surviving on her own through the changing seasons and concludes as she embraces the limitations of the winter season and the ultimate triumph of spring.

The film is dedicated to the souls of flight school graduates killed in World War II. Young boys dream about becoming pilots and apply to flight schools. However, they were forced to become suicide bombers and give their lives for their homeland.

Young samurai Shimpachi’s fate takes a sudden turn for worse when he defeats an opponent in a duel.

A young man and a woman are on a mission to protect a mysterious mirror that hides the secrets of a great fortune.

A chronicle of the tragic life and anguish of a young lord in the warlike ages.

Saotome, a sword master and guard of the Shogunate, must foil a minister’s sinister plan to assassinate the Shogun. Yet before he can act, the minister preemptively kidnaps Saotome’s lover and her brother. Unable to take direct action, Saotome sends his sister to infiltrate the minister’s hideout to obtain details of the plan and find the location of his kidnapped lover — leading him to a dramatic rescue and the ultimate showdown on the day of the assassination.

A girl detective Oshichi exposes a ploy by a retainer of daimyo.

A story about the nature of office workers today.

The third part of the story about feudal boss Jirocho and his underlings.

A former hardcore rocker in his youth, Ken Katakura has now become a bitter salaryman after his wife dies. While traveling to Malaysia with the intention of stopping his daughter’s wedding, Ken’s plans change when the plane is forced to make an emergency landing. Ken is stranded on the opposite side of the island and grudgingly accepts help from “Mary,” a goofy, charismatic Chinese truck driver who has all the right intentions but seems to cause more harm than good.

Atsumi Kiyoshi, famous for his role in Torasan, stars as Aoki Goichi, a veteran train conductor who dedicates himself in providing quality service to his passengers. With his many years of experience, he never fails to find solutions for any troubles that occur along the way. A comedic drama revolving around the lives of those who ride the express train.

Mr. Mito, a former president of an instant food company, with two young men’s help, solves the quality problems and wins a big ramen contract with a large
Chinese company.

This film depicts the life of best-selling Japanese poet Toyo Shibata. Toyo
Shibata first began writing poems at the age of 92 and published “Kujikenaide” (Don’t Lose Heart) in 2009, which sold over two million copies. Toyo was suggested to write poetry by her son, Kenichi. She starts to write about her life; suffering from poverty when she was little, hardship during service, and happy days with her husband. Gradually, her poems come to engage people’s hearts and minds.

Kunisada Chuji is a common folk hero who looks out for poor people in the country who are at the mercy of corrupt officials. Intent on fulfilling a dying wish from one of his henchmen, Asataro, to find a decent home for his young nephew, Chuji descends from his hide out in the mountain, and heads to the city in spite of numerous dangers that await him there.

A mother who loves her son too much commits incest.

Ronin Gonpachi falls in love with beautiful Hiroe, the daughter of the man he murdered.

A young, feisty woman named Osome searches for her true love in the midst of a family crisis.

An elderly yakuza brother tries to clear an underling’s name.

Directed by Kiyoshi Sasabe. Starring Kazue Fukiishi and Yo Yoshida.

The family run Toraya sweet shop is in financial straights; meanwhile, all three daughters in the family are out of luck with love and struggling with problems in their private lives, too. Second-eldest daughter Namie has recently returned home from Tokyo after a failed marriage and is waiting for the divorce papers to come through. When her accountant husband Toru follows her to win her back, it seems that he might just be the missing link that can help save the family — in more ways than one.

Ronin Kojiro longs to find a loving companion to fill the void in his heart as he pursues his ultimate goal of becoming a master swordsman.

The final episode of the popular adventure epic. The eight sacred warriors face their enemy to complete their mission.

A story of the skilled brain surgeon, Todo, whose talent and ambition are put to test through a series of high risk surgical procedures.

A story about the development of a bright and strong yakuza. Otaki is an old-fashioned respectful yakuza who tries to protect his small yakuza family. When his boss gets shot, he decides to go after the plotters.

Jiro, a smooth-talking, womanizing bartender, flees from a Yakuza boss to
Yanagase.

In the year 1786, Shogun Ieharu Tokugawa selected beautiful Ochisa to be his concubine. It causes other concubines to become very jealous and mean. When the Shogun passes away, his concubines are forced to become nuns, which they are not happy to be. 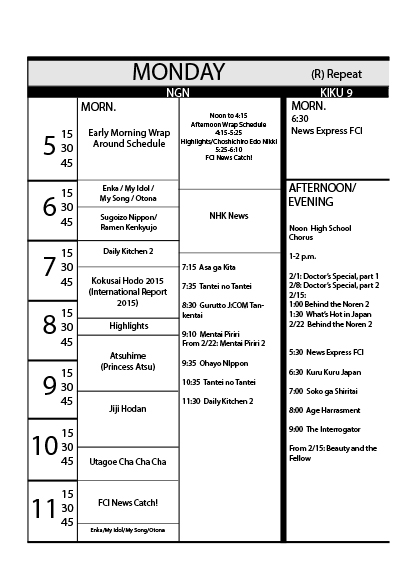 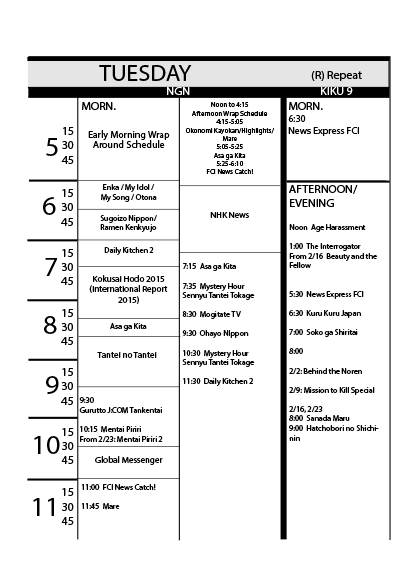 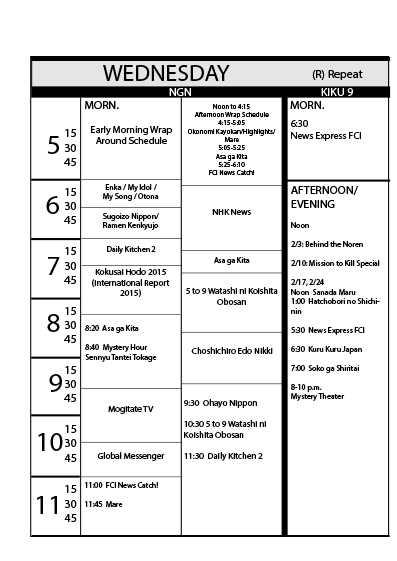 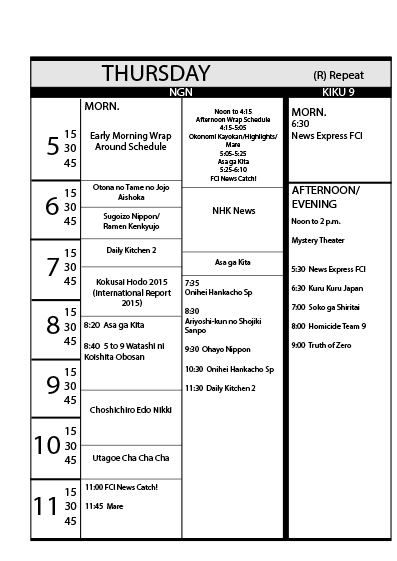 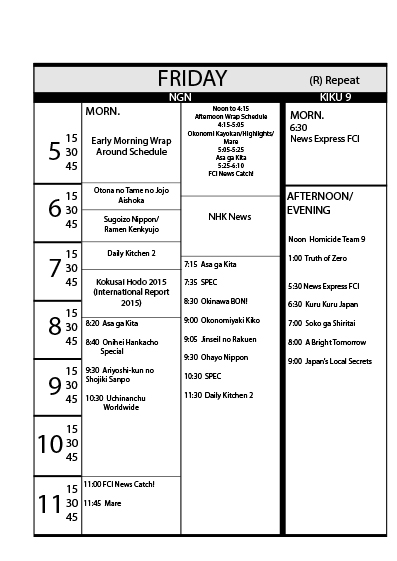 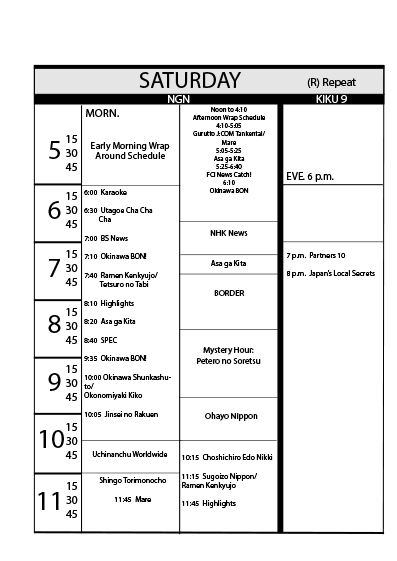