Editor’s note: In this piece, and the essays that follow it, you will probably notice that the terms — Issei, Nisei, Sansei, Yonsei, Gosei — appear capitalized in some instances and in lowercase letters in others. No, that’s not sloppy copy-editing on my part — at least, I hope not. So, why?

In the course of copy-editing stories for the Herald, I have adopted the “style” of a few national Japanese American institutions and/or their editors, such as the Japanese American National Museum, and Denshö — the digital educational resource on Japanese American internment and Japanese incarceration. These two institutions capitalize the first letter of Issei, Nisei, Sansei, Yonsei, Gosei, etc. when they are used in a generational context, but lowercase those same words when referring to an individual. For example, “Nisei soldiers of World War II” has a generational context. On the other hand, “My dad, a nisei, served in the 100th Infantry Battalion.”

I hope I haven’t confused you. If I have, don’t sweat it; you’ll catch on to it in time. What’s more important is that you take some time to think about the perspectives presented in this story.

Last year, I approached Hawai‘i Herald editor Karleen Chinen about writing an article that asked the question: “What is the legacy of the Sansei?” I was motivated to ask this question because I had observed, with growing concern, that Japanese Americans had all but vanished from national conversations on politics, business and culture — even discussions about Asian Americans. I subscribe to and read many national newspapers and magazines, and every time an article about Asian Americans appears, which is rarely, I first quickly scan the article, searching for any Japanese surnames or mention of Japanese Americans. For the past few years, I have read, with dismay, little to no mention of my heritage. This spurred my thinking: Are we Sansei leaving an imprint on society?

As a Sansei who was born in Hawai‘i, where I experienced my formative years in the 1960s and ’70s, I grew up well-steeped in Japanese culture. As a young girl, I went to Japanese language school. I also took seven years of Japanese dance and voice lessons, performing Japanese songs. Much later in life, I lived in Japan for 18 months, earned a Ph.D. in Japanese history and wrote a book on Japanese internment during World War II. Thus, while I am an American first, I identify strongly as a Japanese American.

Even in years prior, I noticed that Asian Americans making significant contributions to American culture were largely Chinese and Korean American. In 2011, Amy Chua, a Chinese American law professor at Yale, made a huge splash with her book, “The Battle Hymn of the Tiger Mother,” which generated a nationwide conversation on Asian vs. Western parenting styles. In comedy, the path-breaking Asian American performer is Korean American Margaret Cho. And, in February of last year, a new television sit-com about Asian Americans, “Fresh Off the Boat,” debuted on ABC. It’s about a Taiwanese family, written by Taiwanese American Eddie Huang.

Many of these contributors are of my generation, or the younger generation, bypassing us. If any Japanese American generation should be contributing to national discussions, it should be the Sansei, since we have the closest ties to the Issei and Nisei and have lived long enough to have some perspective on our place in American culture. So my question, which led to my querying Karleen, is: Where are we Sansei? Are we leaving our imprint, our legacy, for future generations, or in the broader American culture?

This is not to say we have not had prominent Japanese Americans ever. Certainly, the late U.S. Sen. Daniel Inouye, a nisei; four-star Gen. Eric Shinseki, a sansei; and actor and civil rights activist George Takei, a sansei who gained fame as the popular Sulu in the television blockbuster “Star Trek,” were pioneers in their respective fields and “shattered the bamboo ceiling,” as they say in the literature. I applaud George Takei for spearheading the musical, “Allegiance,” which debuted recently on Broadway. “Allegiance” is the story about a Japanese American family interned during World War II. It was a glimmer of hope in my search for Japanese Americans in the national press. But are we Sansei as a generation leaving anything behind?

I have benefited immensely from the legacies of the Issei and Nisei. To me, the legacy of the Issei is the establishment of a new life in America and the foundation they provided for succeeding generations to work, play and thrive. From them, I gained the courage and wherewithal to venture into unknown territory. The legacy of the Nisei is the pride we feel as Americans as they overcame nationwide racism to go to battle for their country and the dignity with which they endured government-ordered mass relocation and incarceration. From them, I gained determination, perseverance and grit.

The questions I wanted to pose and start a published conversation on in the Herald are: What is the legacy of the Sansei, if there is, will be or should even be one? Do we have a legacy that future generations can inherit or be inspired by? To me, these questions take on a particular urgency, as most of us are of the baby boomer generation and, frankly, may not have much time left to leave a legacy.

Karleen graciously and enthusiastically agreed to publish not just an article, but a series on “The Legacy of the Sansei,” which will appear in these pages in the coming year. She and I met and came up with a list of Sansei, either from Hawai‘i or living in Hawai‘i, whose thoughts we plan to seek out. They are from all facets of our community: business, government, education, the environment, culture, academia, the arts and media. We thought that publishing the first pieces in the 2016 New Year issue would be fitting, not only to ring in the new year on a thoughtful note, but because this year marks 131 years since the arrival in Hawai‘i of the kanyaku imin — the first wave of contract immigrants from Japan. How far have we come?

We plan to publish the series throughout this year. My hope is that it will generate a meaningful discussion in these pages. Whether you agree or disagree with, or have a completely different point of view from that of the contributors, I hope you find the views expressed thought-provoking. We encourage you to share your thoughts in letters to the editor. Thank you, and I look forward to hearing your perspectives and those of my peers.

Gail Honda is a writer in Honolulu. She is the author of two books, and has published articles on art, email, technology and Japan. She can be reached at (808) 942-4783 or gail.honda@hawaii.rr.com. 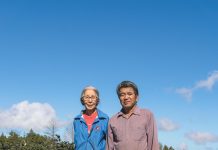 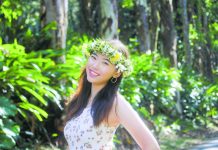