Soo-In, Bok-Nyeo, Poong-Geum and Mi-O were cellmates at a woman’s prison.

The four women have their own stories on why they were there, but through bakery lessons, learned in prison, they open a bakery shop and compete against a large bakery company.

In the formation of every great nation, many battles are fought by those who have clashing ideologies and political views.

It is said that during the establishment of the fledgling Chosun Dynasty, six dragons held vast powers and each fought for their political views.

Jin-Woo has the condition of Hyperthymesia which allows him to remember almost every day in perfect detail. To prove the innocence of his father, Jin-Woo becomes a lawyer. He struggles to prove his father’s innocence, but he begins to lose his memory due to Alzheimer’s.

The Wang family faces a number of challenges: elitism; discrimination; children moving back home after living on their own during colleges; the power dynamics between husband, wife and family; and decisions about when to marry and have a baby given the financial difficulties in today’s Korean society. The first daughter had married into a well-off family, but after they went bankrupt she and the family had to move back to her parents’ home. The second daughter is also having financial difficulties as her husband is jobless, while the third daughter suddenly decided to quit her job. How will the family manage to survive such obstacles?

“Good Doctor,” Wednesday and Thursday at 10 p.m./re-airs on Thursday and Friday at 1 p.m.

Shi Ohn Park has autistic disorder and a savant syndrome. Although he has the mentality of a 10 year old, he has amazing ability of 3D visualization of the human anatomy and memory of everything he reads. His ability gives him the exceptional skills as a pediatric specialist. However, due to discrimination by society, he has to overcome all these to succeed. He was also abused by his father and abandoned by his mother. Worse is he also feels at fault over his brother’s death. Will he overcome all these discrimination? Will he also find love? Will he find acceptance?

“Identical Affairs,” Friday and Saturday at 7:45 p.m./re-airs on Saturday and Sunday at noon.

Hae-Gang is a successful lawyer, but she wants to become more successful. Due to her ambitions, her relationship with her husband, Jin-Eon, deteriorates. At that his time, Jin-Eon meets Seol-Ri who attends the same graduate school. Her personality is pure and enthusiastic, like his wife Hae-Gang had in the past. Hae-Gang then has an accident and loses her memory. She meets Baek Seok and lives as her younger twin sister Yong-Gi.

Gyeong-Sook married a wealthy older man when she was 19 years old. Her mother-in-law, who gave her a hard time, died and her husband passed away a couple of years ago. 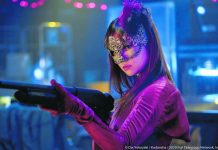 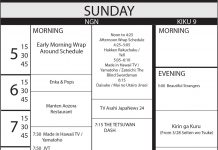 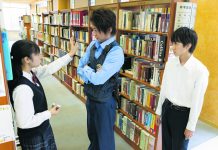