Many people have asked me to describe the different areas in Okinawa. I write mainly about life in Naha City because that’s where I live and, like Honolulu, it’s where most of the action takes place. But if you’re still interested in taking my tour, hop aboard . . .

First Stop: Yomitan Village. Leaving the densely populated cities of southern Okinawa — namely, Naha, Urasoe and Ginowan — and traveling northwest, we pass the towns of Chatan and Kadena. Both towns are quite Americanized due to the U.S. military presence. Kadena Air Base, home to the U.S. Air Force’s largest combat wing, straddles the two towns. The road we are traveling on, Route 58, runs along the East China Sea and takes us to Yomitan Village.

If I were to buy property anywhere in Okinawa, it would be in Yomitan, because it has a good mix of old and new and the ocean is readily accessible from many places. However, although oceanfront parcels are rather inexpensive, there really aren’t many available for purchase because of the abundance of typhoons and the fear of tsunamis. Many Americans live in Yomitan because Americans love living “on the water.” Not surprising, Yomitan has several resorts with American themes.

The sun rises in the east and sets in the west, and Okinawa is no different. One of Yomitan’s attractions is its sunsets. In Naha, clouds often block the sunsets.

Next stop: Onna Village. Continuing north along Route 58, we come upon Onna Village. I describe Onna as a “contrast town” because to outsiders 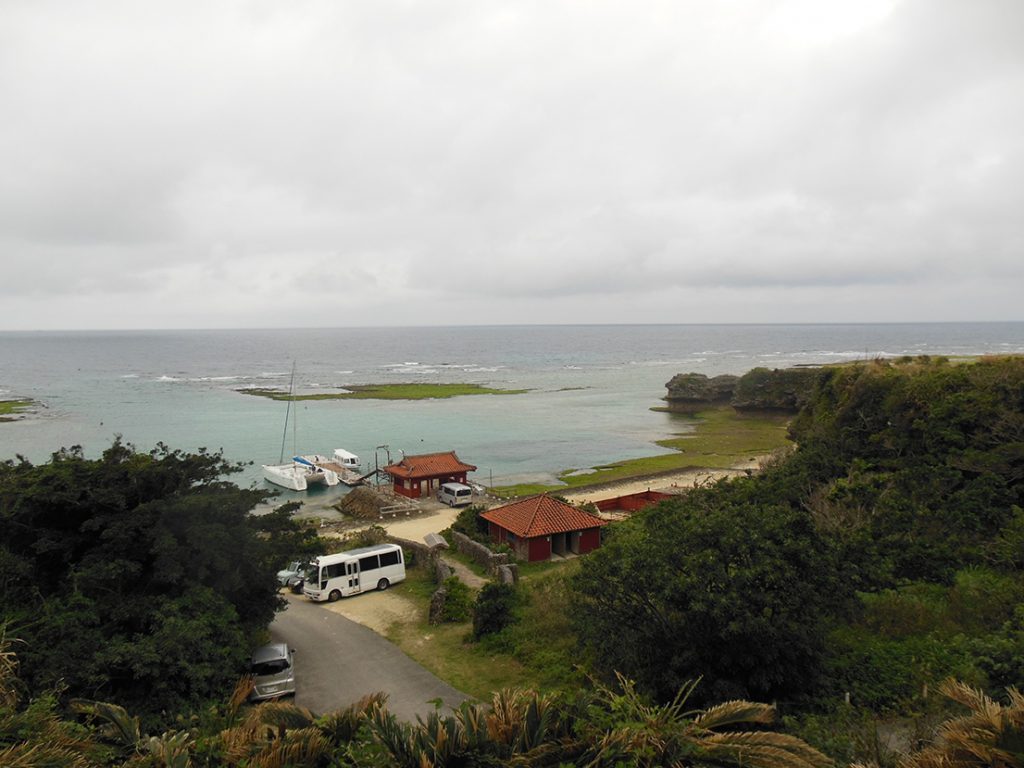 like me, it has both a country and a resort feel to it. Luxury resorts that are especially popular with mainland Japanese line the coast and dot the mountains.

Onna Village is also the home of OIST — the Okinawa Institute of Science and Technology. Classes at this new mountaintop graduate school with laboratories on-campus and on the oceanfront are taught in English. The overwhelming majority of its professors and students come from foreign countries.

Onna has many farms, so fresh produce is easily obtainable at very cheap prices. There are concrete homes built sometimes as stand-alone structures in the middle of nowhere, or in clusters. And, like Yomitan, there are farms situated both inland and along the coast.

Continuing north, we come upon Nago Bay, from which we can see Motobu further north. Motobu juts out into the ocean. It’s like standing on the beach at Kïhei, Maui, and looking across to Ma‘alaea.

Final stop, at least for this tour: Motobu. The most famous attraction in the area is the Churaumi Aquarium. The aquarium opened in 2002 and has over 700 species of marine life that can be viewed through a huge acrylic window that makes you feel like you are swimming with all of those marine mammals.

Other than the Churaumi Aquarium, Motobu is largely rustic and undeveloped, with sandy and rocky coastlines and an abundance of reefs. In fact, some of Okinawa’s most beautiful oceanfront property and some of its highest mountain peaks are in Motobu. With the exception of convenience stores on the main route, Motobu isn’t much of a shopper’s paradise. I would consider living in a waterfront home in Motobu, except that even if I could find a property to buy, I would still have to consider that it is a two-hour drive to and from Naha. 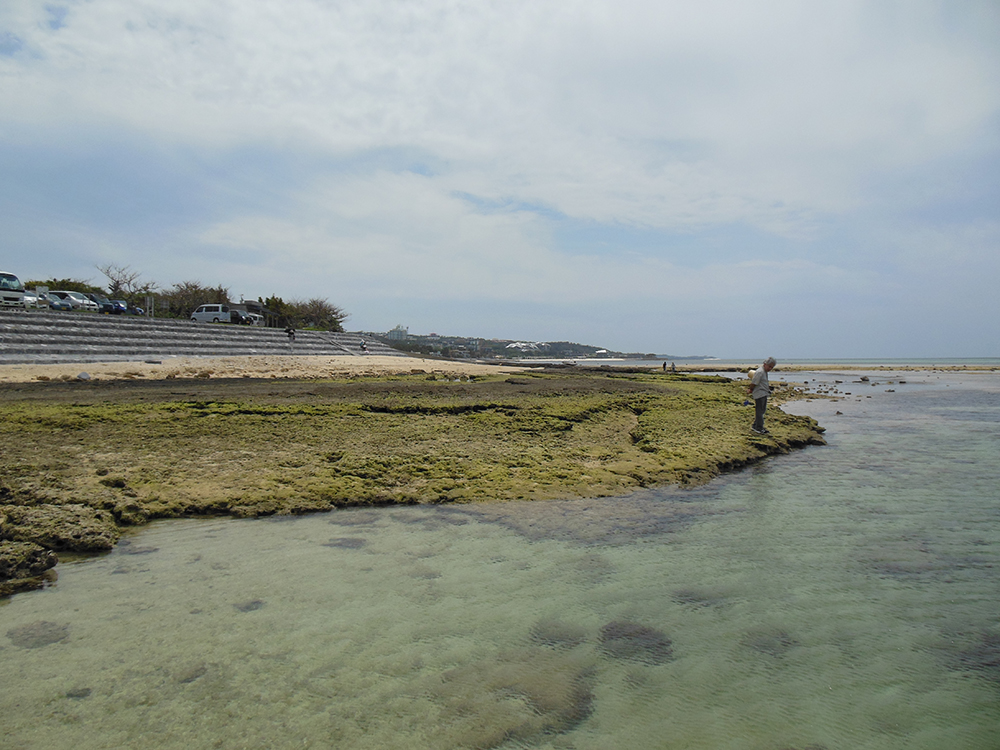 Was it coincidence? I wrote recently about Gene Kelly’s song, “Singing in the Rain.” I can’t remember if I ever heard the song on the radio in Hawai‘i. I definitely hadn’t heard it here until the unlikely happened while I was driving in Naha. It almost sent a chill down my spine, but because the song is such a happy song, it was a positive coincidence! Even more of a coincidence was that it was played on an FM station called “Typhoon FM.”

Okinawan word of the week: Nishi-nkee or Nishi, meaning northward; in Japanese, it is Nishimuke.