Members of the Maalaea Ebisu Kotohira Jinsha, keepers of a traditional Shintö fishing shrine at Mä‘alaea Harbor, celebrated the shrine’s 100th anniversary earlier this year with a blessing and festivities.

The shrine’s origins aren’t recorded in written documents, but the story passed down by word-of-mouth over several generations is that the shrine was erected by the villagers of Mä‘alaea and local Japanese fishermen in 1914, says Allan Murayama, secretary of Maalaea Ebisu Kotohira Jinsha.

“History has it that the original shrine was built by a boat-builder-slash-carpenter named Matsunaga — we don’t even know his first name,” he says.

A January 1984 Hawai‘i Herald story by Gaylord Kubota, then director of the Alexander & Baldwin Sugar useum, noted that Matsunaga was a skilled sampan boat builder. Sampans were used mainly for aku (skipjack) fishing, and many of them sailed out of Mä‘alaea Harbor.

According to John R.K. Clark’s book, “Guardian of the Sea: Jizo in Hawai‘i,” the Maalaea Ebisu Kotohira Jinsha was built by a Rev. Masaho Matsumura. Clark, a veteran waterman who has written extensively on Hawai‘i’s beaches and shorelines, noted that the original shrine was located on the present site of the Maui Ocean Center.

According to Kubota’s 1984 story, the Mä‘alaea shrine was the only remaining Shintö shrine in the Islands dedicated to the fishing god, Ebisu-sama, one of the seven lucky gods, who is celebrated in January with the Ebisu Matsuri (festival).

New Year’s traditionalists will recognize the jovial Ebisu-sama by the tai (sea bream) fish he is carrying.

The Shintö religion was not widely practiced in Hawai‘i, and the Mä‘alaea shrine was one of only three built in the islands, with the other two located in

Hilo and on O‘ahu’s North Shore. Today, the Mä‘alaea shrine, which was relocated twice around the harbor due to construction, is the only remaining Shintö fishing shrine in the world that survives outside of Japan.

On Jan. 18, the Maalaea Ebisu Kotohira Jinsha ‘ohana gathered at the shrine near the Mä‘alaea Small Boat Harbor. The Rev. Daiya Amano, bishop of the Izumo Taishakyo Mission of Hawaii, flew in from Honolulu to conduct the annual blessing ceremony. The event included a blessing of boats; a ceremony and blessing at the shrine; and the blessing of bottles of sake, which were provided to boat owners to sprinkle over their boats and gear. A celebratory feast capped off the day.

The shrine officers — who have been serving for at least 15 years — make up the cooking committee, he said. They are a “well-organized machine,” the 62-year-old Murayama added. Everyone knows their job, including the former sushi chef who comes to slice the sashimi every year.

“For one loose-knit organization, we pretty much have things organized,” Murayama said.

Although originally built for Japanese fishermen — the majority of them aku fishermen — the shrine and the annual blessing now attract people of all ethnic and racial backgrounds and from a variety of ocean-related activities: fishermen, divers, surfers, commercial and recreational boaters and swimmers. “People of the sea. As long as you are connected to the ocean,” explained Murayama.

At the feast, “we talk story about fishing, surfing, whale watching — whatever that activity is.”

Rev. Amano took over as officiant three years ago, after the retirement of the Rev. Torako Arine, who died in 2014 at the age of 100. With Rev. Amano in Honolulu, blessing a new boat or engine or surfboard isn’t as easy as when Rev. Arine was alive and just a phone call away. So, Amano and the shrine officers “modified” the blessing. Extra bottles of sake are placed on the shrine’s altar at the annual Ebisu Matsuri for Rev. Amano to bless. If a fisherman plans to buy a new boat or engine later in the year, he will take home a bottle of the blessed sake and sprinkle it on the new vessel or engine.

Although Murayama said he had forewarned Amano that the shrine members are a casual and mixed group, he said Amano was still surprised by the group that greeted him. “He was amazed by the diversity of cultures: Filipino, Japanese, Hawaiian, Caucasian, Portuguese, Korean, black, white, yellow, brown — everything in between.”

But, “He said, once we entered the shrine, it was one people.”

The Mä‘alaea blessing is held on the third Sunday in January and is now a regular event on Rev. Amano’s schedule. Murayama said about 80 people turn out for the blessing. There are no chairs in the shrine — everyone sits on the floor as Amano conducts the blessing.

Murayama’s involvement with the group began when he was 14 years old. His father was a good friend of Hajime Hamashige, an aku boat captain. To keep his son busy so he wouldn’t get into trouble during the summer, the elder Murayama asked Hamashige if his son could work on his aku boat.

Hamashige was a strong member of the shrine society, said Murayama. “Whenever we had this ceremony, he would drag me along,” he recalls.

Like many in the group, Murayama no longer works on the ocean — his time on the water is limited to the occasional recreational fishing trip. But he remains devoted to the shrine and plans to spend more time tending to it when he retires as sales director for Meadow Gold at the end of the year.

The shrine is locked and gated most of the time. Murayama said vandals manage to jump the fence from time to time, but there haven’t been any major acts of vandalism. “Knock on wood,” he added.

“Mä‘alaea Harbor transitioned big time from a little fishing village to a bustling commercial tourist whale-watch center,” he says. “But the shrine kind of retains the old Mä‘alaea, the history of Mä‘alaea.”

Plus, “To this date, no member has ever been lost or died at sea,” he notes. “Everyone, knock on wood, made it home.”

Ilima Loomis is a freelance writer and editor. Loomis’ stories on science, health, business and travel have been published in Science, National Geographic Traveler, Spirituality & Health, Hawai‘i, Honolulu and Hawaii Business, among other publications. 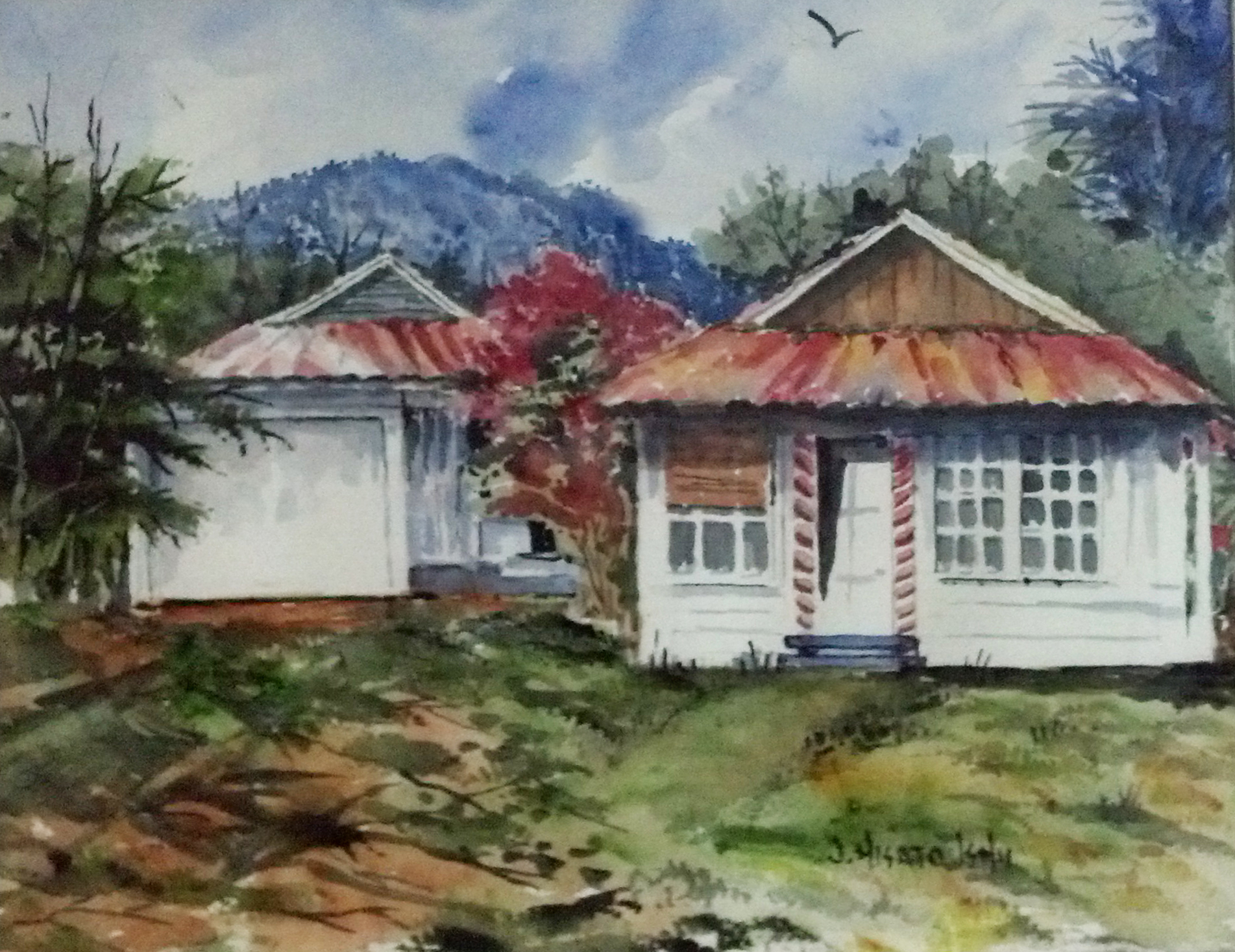 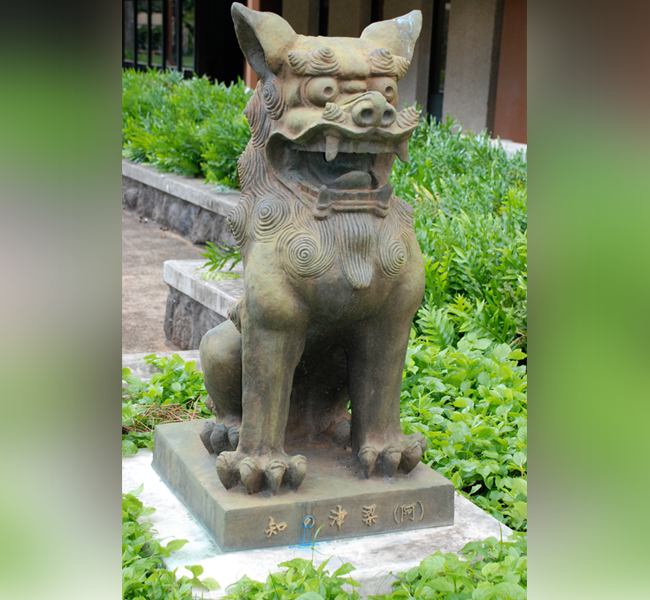