Tamlyn Tamura and Tory Watanabe were recently awarded college scholarships of $1,000 each from Ukulele Festival Hawaii. The

scholarships are awarded to students who demonstrate a passion for the ‘ukulele and are pursuing higher education.

Tamlyn Tamura, daughter of Curt and Cheryl Tamura, received the Lili Anama Park Memorial Scholarship. Tamura, a 2015 graduate of Punahou School, is a freshman at Seattle University with an interest in international business. She has been playing ‘ukulele since age 5 and has participated in the annual Ukulele Festival for 11 years. The award, presented to an Ukulele Festival Hawaii Band member, is named in memory of Lili Anama Park, a Roy Sakuma Ukulele Studios instructor who passed away in 2011.

Watanabe is a senior at the University of Hawai‘i at Mänoa, majoring in secondary education. The scholarship is presented to an Ukulele Festival college student volunteer who exemplifies the spirit of aloha by placing service above self. Watanabe has been playing ‘ukulele since the first grade and has been an instructor with Roy Sakuma Ukulele Studios for the past seven years. The award is funded by former Hawai‘i resident Eleanor Higa, who now resides in California.

Gwen Fujie has been appointed Hawai‘i regional manager for the Go For Broke National Education Center. Fujie, whose father Toshio “Bulldog” Nishizawa served in the 522nd Field Artillery Battalion of the 442nd Regimental Combat Team, has long supported efforts to preserve and promote the legacy of the World War II Nisei soldier. As a member of the Sons and Daughters of the 442nd, she chaired both the 442nd RCT’s 65th and 70th national anniversary celebrations in Honolulu. She has also volunteered for functions of the 100th Infantry Battalion and the Military Intelligence Service.

“I grew up with many ‘uncles’ from my dad’s unit, but it wasn’t until much later in life that I came to fully appreciate the extraordinary military service record of the Nisei soldiers and the life lessons we can all learn from their persistence and sacrifice,” Fujie told the GFBNEC’s Torch newsletter. “That’s an important message to pass on, especially to our youth, and I am excited about the educational mission of GFBNEC to reach out to people of all races and creeds to share the Nisei soldier story.”

Fujie succeeds Barbara Watanabe as Hawai‘i regional manager. Watanabe and her family recently relocated to the Bay Area. However, she will continue in her role as GFBNEC vice president for strategic advancement, with responsibility for defining and launching GFBNEC’s national initiatives, including opening of the organization’s new exhibition and education center in Los Angeles and launching the National Digital Archives of Japanese American Military Service. According to GFBNEC, the archive will be the largest online resource for oral histories, photos and documents relating to the Nisei soldier legacy. 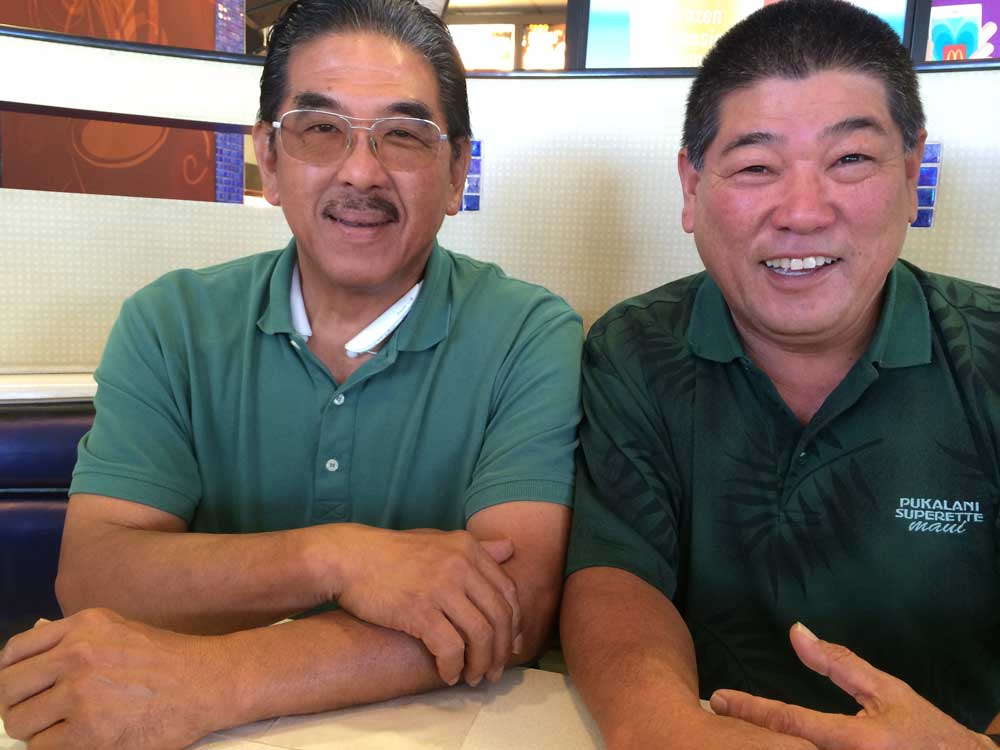 Carrying On At Pukalani Superette