It had been nearly eight years since Randy Okutsu had visited the Yukio Okutsu State Veterans Home, named in honor of his late father, World War II Medal of Honor recipient Yukio Okutsu. In November 2007, the 95-bed long-term care facility overlooking Hilo town was officially dedicated. At that same ceremony, Randy’s mother, Elaine, who was still alive at the time, accepted the Medal of Honor flag on behalf of her husband, who died in 2003 at the age of 81.

In the years since then, Randy had driven past the facility on Waiänuenue Avenue countless times and knew of people who had spent the last years of their lives at the home. But tending to the needs of his aging mother, who passed away in April of 2013, and his own children — and now his grandchildren — led him to put a return visit on the backburner . . . until this past 4th of July weekend, when some 60 members of his father’s family converged on the Big Island for a four-day reunion at the Kïlauea Military Camp.

They came from near and far — from Hilo, O‘ahu, California, even Kansas and Nebraska. It had been 15 years since the last reunion of the Okutsu ‘ohana. That year, they gathered in the family’s hometown, Köloa, Kaua‘i, where “Yuki,” the fourth of 10 children, was born and raised. Of the 10, only three siblings survive, and only one, soon-to-be-91-years-old Margie Shinn of Pearl City, made it to this year’s reunion.

“One of my cousins decided to plan something because everybody is getting older and the last reunion was such a long time ago . . . just to get reacquainted,” said Randy, a retired Hawai‘i County firefighter and emergency medical technician, in a phone interview from Hilo. His older brother lives overseas and was not able to attend the reunion.

Randy, now 58, said they spent lots of time reminiscing and talking story and learning “things that you never knew you would ask or have a chance to ask, like how did a girl from Köloa end up in Nebraska?” he said, laughing.

Randy’s cousin, and the reunion organizer, Cynthia Shigemasa of Pearl City, said visiting the Okutsu Home was at the top of the family’s priority list. She and her cousins wanted their children and grandchildren to understand what their Uncle Yukio had done for his country “because we’re very proud of him.”

“They hadn’t seen the veterans home and so they thought it was a nice time to have everybody see it,” said Randy, who himself was excited about seeing the facility after all these years — and, this time, with veterans actually residing in the home. When the facility was dedicated in 2007, it was brand new and had yet to accept residents.

“It was different seeing it occupied. . . . It was good,” said Randy. And although he didn’t know any of the residents at the time of their visit, he does know people who have been residents at the home. “They have high praise about the facility, the staff, the meals, everything.”

He said he feels good to know that his father’s namesake is providing good care for his fellow veterans. “Yeah, it does. It really does,” he said.

In 1943, Yukio Okutsu had volunteered for the 442nd Regimental Combat Team from Köloa. He was assigned to F Company, 2nd Battalion. The men with whom he trained and served, many of them from Hilo, became his closest friends and his lifelong buddies. When they returned to Hawai‘i after the war, Yuki decided to make his home in Hilo, where he would be close to his friends. Those friendships lasted the rest of his life.

A photo of Yukio Okutsu with his Medal of Honor draped around his neck, along with his actual medal and citation are displayed on a wall in the lobby — a tribute to the man for whom the facility is named.

“I got goose bumps and chills just looking at the pictures and the facility and what it represents,” said Randy. “Everybody felt the same — that it was something nice and it was for the veterans and we were so grateful to the facility for hosting us. They treated us like VIPs from the time we got there,” he added. “We were really grateful and it was a part of the reunion that everybody enjoyed.”
Of all the places they visited and activities they took part in, Shigemasa said the tour of the Okutsu Home was the “highlight.” “We were totally taken aback by their reception. My mom (Margie Shinn) was overwhelmed with emotion,” she said.

The family spent about 90 minutes touring the facility, which is Hawai‘i’s only state-owned veterans home. The Okutsu Home is managed by the Hawai‘i Health Systems Corporation and operated by Avalon Health Care Inc., a private contractor. Residents must be either a veteran or their spouse, or the gold star parent of a service member who was killed in action.
Because there were so many in the Okutsu clan, from elderly Nisei to young children like Randy’s four grandchildren, ages 6 and 4, the group was divided into smaller groups for the tour.
Randy’s grandkids never knew their great-grandfather. And they’re too young to understand his wartime acts of courage and bravery, including his action on Mt. Belvedere in Italy in April 1945, which earned him the Medal of Honor. But that’s not the kind of accomplishment Yuki Okutsu would have told them about it — that wasn’t his style.

But Randy’s four children are old enough to have known their grandfather and were in Washington, D.C., in 2000 to see President Bill Clinton place the Medal of Honor around his neck.
“They understand,” Randy said of his four children. “They understand what Grandpa did, what everything is about — the facility, the war, his receiving the medal.” 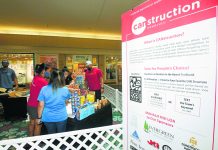