I am officially that girl; the one giving the painful, “When I was your age . . .” lecture to a group of summer interns in my office. I even busted out the classic, “You don’t know how lucky you are . . .” line, until I realized how much I sounded like my parents and stopped myself before I made the interns (or myself) gag.

But, it’s true! Over the years, I’ve had the privilege of working with and supervising a number of interns who ranged in age from straight out of high school to older than me, and, each time, I can’t help but compare their internship experience to mine when I was in college.

In many ways, today’s interns are much more advanced than I was, especially when it comes to technology. Sure, we’ve had email for quite a while, but we didn’t text and instant-message and communicate the way the interns do today. In fact, they are so comfortable with nontraditional forms of communication, which, oftentimes, does not require any actual face-to-face interaction, that I wonder how they will develop the types of social skills needed to succeed in life. And yet, they are so much more aware of the world around them than I was in my 20s, because information is so abundant and so quickly and easily accessible. But is that always a good thing? I’m not so sure.

I’ve seen young people sit in the same room and text each other rather than talk story. But I’ve also seen them create amazing videos and digital presentations on a computer in the blink of an eye that I couldn’t produce in several hours. Their reliance on technology in their every day lives astonishes me and I am often stunned when I think about how different my age group is from theirs, even though we technically fall into the same category of Generation Y (Yes, I just made the cut-off!).

The other week, I chaperoned the interns on a tour of a local nonprofit. Their assignment was to ask questions about the organization and to learn about the programs it offers. A few of the marketing and public relations interns were to shoot video and interview the staff for a larger project. As soon as we got into the conference room, the interns were asked to sign a photo release form allowing the nonprofit to take photos during the visit and share them on its social media sites.

That’s when I heard, “Uh-oh, did you bring a pen?” And then I heard another voice respond, “No, I didn’t know we would need one.”

I paused right there, put on my poker face and decided to remain calm. What I really wanted to do was scream, “Are you serious?! Don’t tell me you came to a meeting and your assignment is to take notes and learn about this organization, and you didn’t even bring a pen?!”

As it turns out, half of the interns didn’t bring a pen, so I grabbed mine from my purse so they could take turns using it to sign their photo release form. I didn’t think I would have to tell them to bring a pen to a meeting, but I guess I should have. It’s funny, because they would never go anywhere without their cell phone. But something to write with . . . well, that never even crossed their minds.

“What if you went to a meeting and the CEO showed up and asked you to do five things and then gave you instructions on how to do each thing?” I asked the pen-less interns.
“I would just remember them, or I’d use my phone to take notes,” one gentleman said.

“So, you’re going to get on your phone and start typing with your thumbs while the CEO is talking to you?” I clarified.

“Yes, he should know what I’m doing. Everybody uses technology these days to take notes,” he replied.

That’s when I thought to myself, is it just me? Am I the one who’s out of touch and living in the past?

After the tour, I attended several more meetings with the interns during the week and, much to my delight, all of them arrived with pens, ready to take notes. Writing might be old-fashioned, but it still works!

In college, I learned the hard way when I was on deadline to turn in a story. I had been waiting for days for a source to return my phone call so I could interview him. When he finally called me, he said he was getting ready to jump on a plane for a two-week vacation, so he only had 10 minutes to talk. And, wouldn’t you know it? I didn’t have a pen. I tried to remember as many things as I could, but he was spewing out figures and data about chemicals and talking about annual budgets and giving me the names of people. By the time I got to my car and found a pen, I couldn’t remember half the things this man had told me over the phone. So, rather than guess and report inaccurate information, I turned in a bolo-head story with lots of pukas and got a C for it. Since that day, I’ve always carried two pens in my purse — one for myself and the other in case someone needs to borrow one.

Another thing I notice about interns these days is that they are a lot more confident, which is a great thing most of the time. Most, but not always. Some of them balk at doing mundane work such as filing or data entry — and many of them are getting paid to do it! Here’s where my corny one-liners come out . . .

When I was their age . . . I interned at KHON2 News and almost every night, I would have to walk across the street to Ala Moana Center to pick up the reporters’ dinner. Never once did I think I was too good for that. I was young and inexperienced, and I hadn’t done anything to prove myself, so why would I think those kinds of tasks were beneath me? I used to walk around the station with my pen and paper and take dinner orders and then literally speed walk to Subway or Zippy’s to pick them up. Nowadays, if you ask some of these interns to call a restaurant and make lunch reservations, they look at you like you’re crazy.

I don’t know if it’s just my perception, but young adults today seem more fragile than before. It’s almost like they can’t handle constructive criticism or don’t think it’s warranted, in some cases. I’m afraid of hurting their feelings, because I know I can be blunt and direct. So, I find myself tiptoeing around and trying to be super-duper sensitive when I provide them with feedback.

But if you want to talk about blunt and direct

. . . When I was interning at KHON, I worked for one of the best newsmen in Hawai‘i. This guy had a mind like a steel trap: He could rattle off phone numbers to state offices, news sources and federal agencies like it was nobody’s business. He could be on the phone, typing on his computer and still be listening to every word that was being said over the noisy police scanners. He could remember the dates of news stories that ran three years ago, tell you who was interviewed and where the story was shot. This guy was — and still is — amazing. But talk about tough love.

One afternoon, he was on the phone, typing, gesturing to reporters and writing on the big white board that listed all of the story assignments, just as he did every day, when he dropped the phone, looked at me and said, “What? You deaf? You never just hear the scanner?! Traffic fatality on University. Move it!”

The truth is, I didn’t hear what was said over the scanner. I was too busy talking story. Just as I was gathering my things and starting to walk to the car, he yelled down the hallway, “Today, Enay! You better quit taking your sweet-a$$ time and move it!!!!”

He was right. By the time the cameraman and I got to the accident scene, we were one of the last news crews to arrive. All of the other reporters had already nailed down interviews and had posted up in the best spots. Boy, did I get busted the next day.

From that day on, I listened to the police scanners as if my life depended on it. And, I wore flat, comfortable shoes so I could sprint, not walk, to the car if something big happened. And it did.
The next time, I was the first on the scene of a bomb scare downtown. While the other reporters struggled to jog in their high heels across the State Capitol lawn, I was a mini Jackie Joyner-Kersee, high-kneeing it across that grass. And the whole time, all I could hear was my boss yelling at me to “Mooove it!!!”

That tough love worked and I never learned more than I did in those three short months interning at KHON. To this day, I still walk fast (even in heels), I always carry a pen and, I swear, I could be half sleeping and still hear what people are saying in the other room. Mahalo, Mark Matsunaga, for being the greatest newsman I’ve ever known and for teaching me to “Ruuuun, Enay!” if I want to be ahead of the competition.

Shara Enay Birbirsa is a former writer for The Hawai‘i Herald and Hawaii Business magazine. After working on Läna‘i for a time, she recently joined American Savings Bank as Employee Engagement and Communications Manager. Shara has been writing this Drama Queen Journals column since 2006. 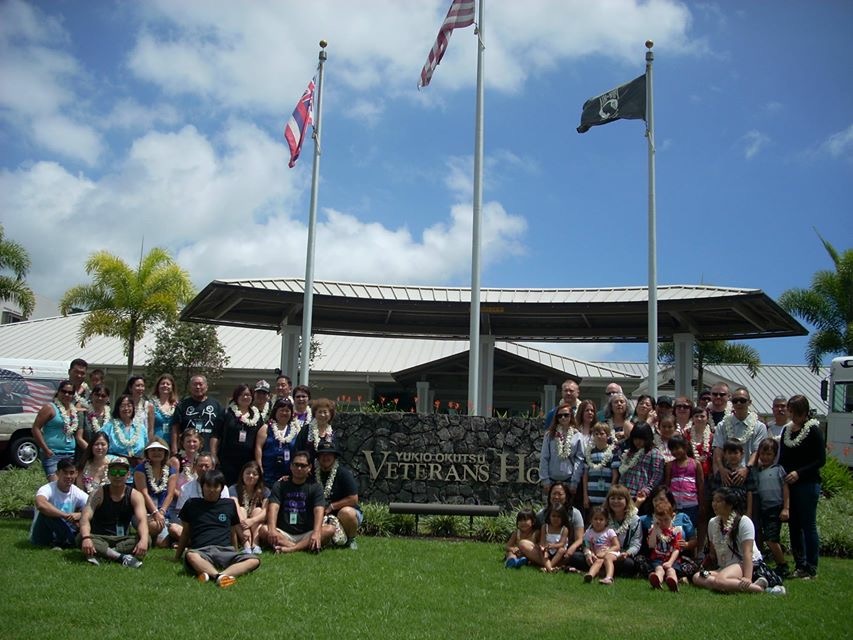