I ’m not making this up. Go ahead and do an internet search and you’ll find that today, July 3, is “National Eat Your Beans Day.” And how fitting is it that we observe this day on the eve of Independence Day, when we light up the skies to celebrate America’s independence from those tyrannical Brits. After consuming your bowl ofbeans the day before, you, too, can release your own “fireworks.”

Why Do Beans Cause “Fireworks”? The main culprits are the three sugars that humans have a hard time digesting — verbascoses, raffinoses and stachyoses. Because humans have trouble processing these sugars with alpha bonds, they travel along our digestive tracts until they reach our large intestine, where they turn into mealtime for our intestinal flora. When our intestinal flora dine on these sugars, a by-product is gas in the form of carbon dioxide, along with hints of other trace but fragrant gases — hence, the “fireworks.” So, you can actually tell your co-workers and housemates that you’re not gassy; it’s your intestinal flora that’s gassy.

The same applies to canned beans, as the indigestible sugars also leach into the canned liquids. Draining and rinsing canned beans also cuts down on the amount of sodium that you will be consuming. I also read that soaking beans in water that has been acidified with vinegar and/or baker’s yeast helps to predigest these sugars, but I’m skeptical of these claims, as your stomach provides an acidic medium during digestion and that doesn’t seem to help digest these sugars.

If you add yeast, it might help if you smash your beans to a slurry, although I don’t think active yeast can penetrate an intact bean to do any appreciable predigestion. And, I don’t think you want to add kidney beans that are the consistency of refried beans to your pot of chili.

So Should I Just Pass on Beans? Unequivocally, no! Beans are a powerhouse of nutrition! They are a good source of protein, fiber, manganese, copper, phosphorus, molybdenum and carbohydrates that won’t spike your blood sugar like other refined carbohydrates. And, if you combine bean protein with wheat and sesame protein, you’ll have a protein that rivals animal protein but without most of those artery-clogging saturated fats found in most animal proteins. Plus, beans are a good source of soluble fiber, the type of fiber that can help lower your serum cholesterol levels. And, if I may say so, beans are mighty tasty!

There is so much more variety in the bean world than just soybeans and kidney beans. There are beans of virtually every color, along with striped and speckled legumes that can be added to pretty much any dish.

Starters? Check. From garbanzo- or edamame-based hummus to spicy Southwestern refried bean dips to fava bean spreads (you remember fava beans, right?). It’s the perfect accompaniment to the right dining companion and a glass of Chianti.

Salads? Check. One of my favorite salads was the Manager’s Special Salad at the now-defunct Gaucho Grill, which was replaced by Big City Diner at Ward Centre. It started with the basic lettuce-based salad with grilled chicken, but it also included beans and rice in the mix with a salsa type of dressing. It was almost like the filling for one of your mega-sized burritos, sans the tortilla wrapper.

Of course, there’s the ubiquitous three-bean salad with green, wax and kidney beans, but another one of my favorite bean applications is a Tuscan-inspired tuna and cannellini (white kidney beans) salad that we sampled for the first time many years ago at the Culinary Institute of America’s Napa campus. We had lunch just outside of their open kitchen. They offered multiple appetizer samplers in place of a traditional lunch — three, four or five appetizers with set prices. Since variety is the spice of life, we selected the five-sampler set, including a simple salad with white beans, tuna and fresh herbs in a simple vinaigrette. My wife eventually found a recipe in one of the cooking magazines that replicated the taste of that day in faraway Napa Valley. We still enjoy it at least once a month with simple ingredients — canned tuna, canned cannellini beans, fresh sage and parsley, red onion, balsamic and red wine vinegar and olive oil.

Main courses? I’d bet money that every resident in the 50th has sampled some version of Hawai‘i- style chili. I’m not talking about the Lone Star state’s proclamation that “real” chili only uses cubed beef, spices and tomato sauce — and nothing else. It’s probably because their palates aren’t as sophisticated as ours. As we all know, real chili uses ground meat AND kidney beans. Period!

There also are a plethora of soups and stews containing the humble legume, such as France’s cassoulet with garlic sausage, duck and light green- tinged flageolet beans, or the Italian pasta e fagioli with pasta and either cannellini or borlotti beans. One of my newer favorites is the Moroccan harira — a pasta- and bean-fortified soup or stew (most of my soups eventually turn into stews) — that contains classic Middle Eastern spices such as turmeric, cinnamon and ginger, along with pasta and both garbanzo beans and lentils.

Finally, dessert? Check. Dessert? You mochi or manju fans, where do you think koshi-an and tsubushi- an come from? Beans! OK, sweetened bean paste, but beans, nevertheless. Even the white filling in Sam  Sato manju is made from beans — sweetened lima bean paste.

Closer to home . . . Tomorrow is Independence Day, which is traditionally celebrated with barbecued and smoked proteins. For this holiday, what better side dish than baked beans?

You can soak dried beans overnight and then bake them for several hours to baked-bean perfection. If you want to reduce your baking time to an hour or two, consider using canned beans. Or, you can always try my stovetop “baked” beans, which is perfect with anything coming off the hibachi or the smoker.

1 each of green, red, yellow and orange bell peppers, chopped to bite-sized pieces

Heat oil in a 5-quart Dutch oven. Add onion, garlic and chopped peppers and sauté until the vegetables are softened, about two to five minutes. Add rinsed beans, tomatoes, chili powder, mustard, brown sugar, and liquid from vegetarian or pork and beans. Simmer until the vegetables are soft and the liquid has thickened, roughly 10 to l5 minutes. Add water if sauce gets too thick and stir constantly, as the sugar can burn if the pot is left unattended. Variations to this recipe can include one or two cans of chopped, roasted green chilies, one can minced olives, or even one or two heaping tablespoons of chopped sun-dried tomatoes. You can either place everything in a slow cooker or even bake the whole recipe for authentic baked beans.

So, as you can see, beans can be a part of your every meal. Here’s hoping that “National Eat Your Beans Day” brings you fireworks on Independence Day! HH

Ryan Tatsumoto is a clinical pharmacist by day. But
in his off-hours, he and his wife enjoy seeking out perfect marriages of food and wine. Ryan is a certified sommelier and a certified specialist of wine. The Windward O‘ahu resident also writes a column for San Francisco’s Nichi Bei Weekly called “The Gochiso Gourmet.” 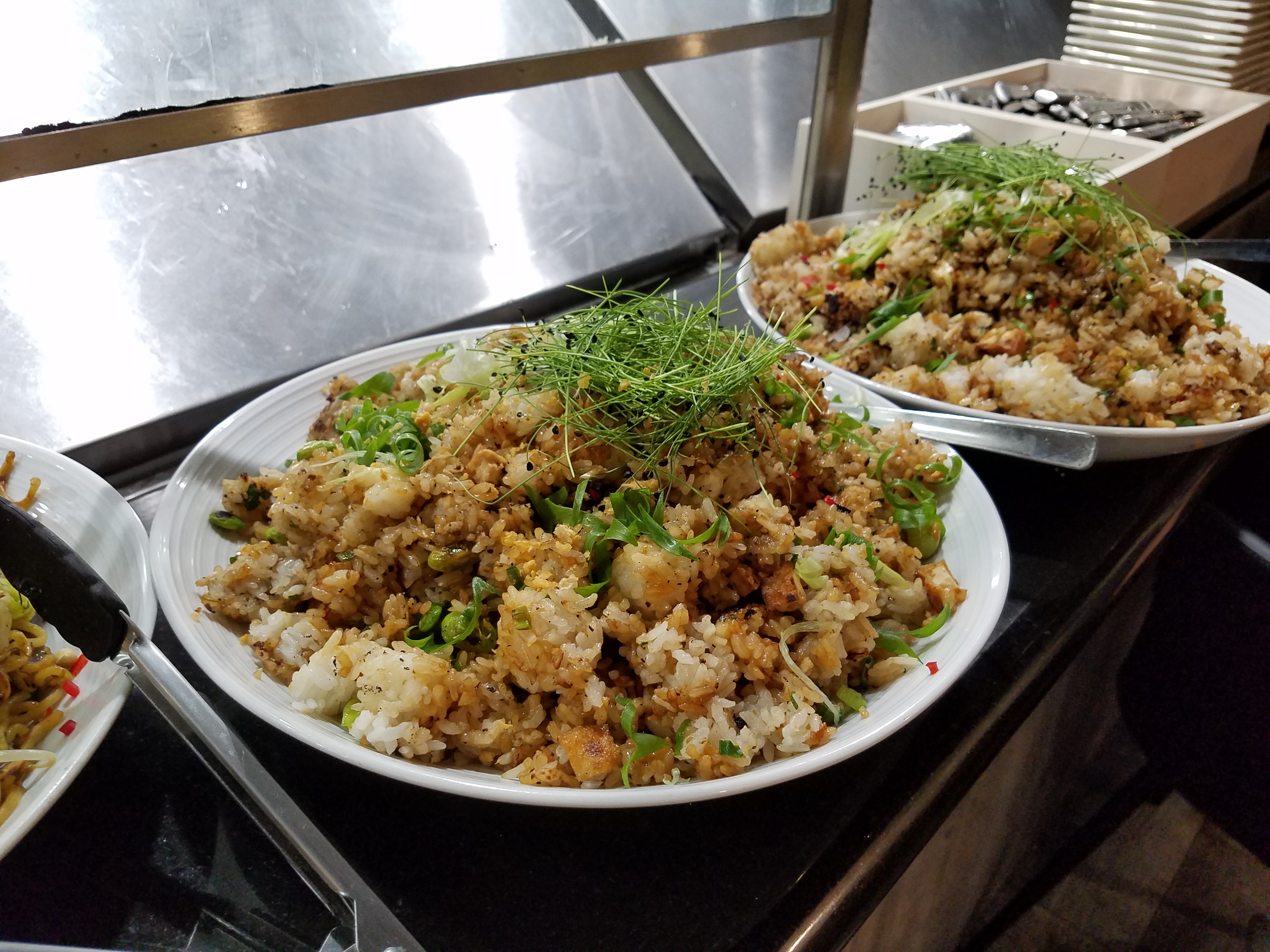 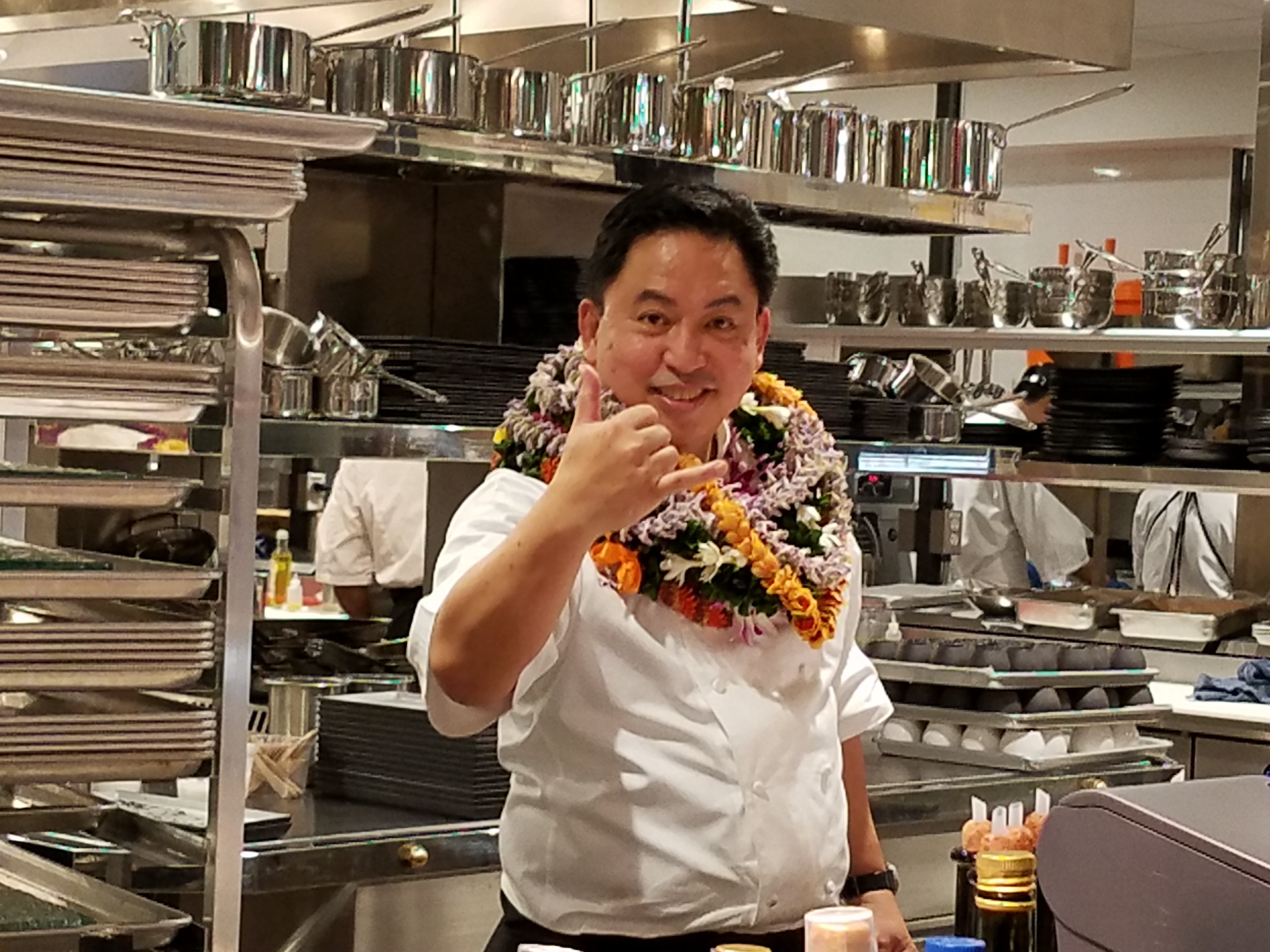