Edwin P. Hawkins Jr., who retired recently as president of the Japan-America Society of Hawaii, the Crown Prince Akihito Scholarship Foundation and the Ehime Maru Memorial Association, received the Order of the Rising Sun, Gold and Silver Rays, for his work in promoting an understanding of and appreciation for Japan and Japanese culture in the United States.

The decoration was presented to him by Consul General Toyoei Shigeeda on May 26 at the Japanese Consulate in Nu‘uanu.

Hawkins, 65, was born in Japan’s Gunma Prefecture. He entered the U.S. Air Force after graduating from the Air Force Academy in 1973. Hawkins’ Air Force career spanned nearly 30 years and took him all over the Pacific, including Japan. From 2007 to 2014, Hawkins served as president of JSH. The position also involved leading the Crown Prince Akihito Scholarship Foundation and the Ehime Maru Memorial Association.

Each year, the Akihito Scholarship Foundation selects two scholars, one from the University of Hawai‘i at Mänoa and one from Japan, for the exchange program. In Japan, the UH student pursues a subject area that will lead to better understanding between Japan and the United States. The scholarship was established in 1959 to commemorate the wedding of then-Crown Prince Akihito and Crown Princess Michiko.

The Ehime Maru Memorial Association was established following the 2001 collision between the USS Greeneville and the Ehime Maru, a high school fisheries training ship off O‘ahu, sinking the Ehime Maru and killing nine crewmembers, four of whom were students. The association created a memorial at the Kaka‘ako Waterfront Park to remember the lives that were lost. In addition to maintaining the memorial, the association promotes friendship and goodwill between Ehime Prefecture and Hawai‘i.

He acknowledged his wife, Grace, for being his partner in life for the past 30 years and also his JASH colleagues.

“The success of the projects put on by JASH are thanks to the hard work of my colleagues. It is on their shoulders that I stand. They are the reason I’m here today.” 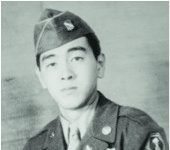