After reading about the first 14 years of Bill Fernandez’s life growing up on Kaua‘i in his first book, “Kaua‘i Kids in Peace and War,” the author and retired California judge said many people asked him to write a second volume of his memoirs. They wanted to know how he ended up attending Stanford University and then a judge in Santa Clara County, Calif.

Fernandez’s first book, “Kaua‘i Kids in Peace and War,” describes his carefree barefoot years exploring the ocean, challenging sugar cane trains and making tin canoes. “The outside world intruded in a dramatic way when Pearl Harbor was bombed by the Japanese in 1941,” he says. “In a few months, thousands of soldiers from the U.S. mainland descended on our dot in the Pacific Ocean. They brought with them knowledge of a great world that existed beyond our island.”

Fernandez, now in his early 80s and living in his mother’s old house near the ocean in Kapa‘a with his wife Judie, recalled that U.S. soldiers also had money to spend. That meant the difference between struggling and living comfortably for many Kaua‘i small businesses owners, including his father, who operated a movie theater.

“Kaua‘i Kids” ended with Fernandez boarding a plane for Honolulu in 1944 to attend Kamehameha Schools for children of Hawaiian ancestry as a boarding student. He was 14 years old. “In my time, for many of native blood, this was their only opportunity to receive a worthwhile education,” he said.

His follow-up book, “Hawai‘i in War and Peace” chronicles Fernandez’s life after the plane lands in urbanized Honolulu, where he confronts the “puzzling world” of a strict military school and is forced to wear a uniform, stiff shoes and keep his room clean for inspection. “The United States military presence had created a different world from Kaua‘i,” he said.

Fernandez learned about discrimination and racism between Caucasian GIs and locals, primarily Asian and Native Hawaiians.

“As a barefoot boy, I had low aspirations,” he recalls. After all, there weren’t many opportunities for a Hawaiian kid beyond being a fisherman or a pineapple picker.

“This was not what my parents had in mind for me,” he says. “Would I have the wisdom to take the stepping stone that a Kamehameha education provided and seek to achieve a socially useful life?”

For insight into the life of many a Kaua‘i kid, Fernandez, who is board president of the Kaua‘i Historical Society, shared this excerpt from his first book, “Kaua‘i Kids in Peace and War,” with the Herald.

CHAPTER 10: THE BLESSINGS OF ASTHMA (EXCERPT)

What had been carefree growing-up years turned into a nightmare. I could not be active without coughing. An attack forced me into my bed until the asthma subsided. I missed months of school and asthma obliterated any chance that I had to be competitive in sports.

There is a plus to sickness. I became a voracious reader. Despite speaking Pidgin, immersion in books taught me grammar and the meaning of words. Understanding the words gave me ideas and concepts that formed the foundation stones for success in life.

Although mental acuity is important, I wanted to avoid being a ninety-eight-pound weakling. I tried Charles Atlas’ dynamic tension techniques, which did not involve running. It was not enough to strengthen my body to overcome the racking cough spells of asthma.

For a year and a half, I spent spring, summer and into the fall, bedridden. Omnivorous reading led me to the story of Glenn Cunningham, a boy afflicted with a devastating injury to his leg. Despite all odds, he overcame his handicap. His story inspired me.

One sunny day, I stood on the beach and watched two Filipinos diving in the ocean beyond the protective lagoon. Occasionally, one of them surfaced with a fish on a spear. It excited me. Many times, Mother had said, “Your grandfather good fisherman. Maybe you catch fish like him.” But our family did not have nets or spears.

When the boys came ashore, my heart thumped hard, for they had a string of ten multi-colored fish and a small octopus. “Wow! You some good,” I said in Pidgin, meaning they were great fishermen.

“Kökua da kine?” I asked. Pete nodded. Over the next several days, we assembled the equipment . . .

Pete fixed strips of rubber onto bamboo. He tied a cord to each of the loose rubber ends and we had an underwater slingshot.

“Straighten this fence wire. Bend the front end back,” Pete said . . . he took a file and rasped metal from the stub end of the spear.

“Some good this one. Spear shark with da kine.”

The last thing in the world I wanted to meet in the ocean was a shark. Although my grandfather’s ‘aumakua is that fish, I hadn’t learned the art of capturing the spirit of an ancestor and teleporting it into a shark. “Let’s just stick with a manini.”

Pete watched me shiver. “No scared of shark.”

I knew he was trying to frighten me. He succeeded. But a burning desire impelled me to move ahead and try to spear fish. With a quiver in my voice, I said, “First time, go slow . . .”
“Okay. You got goggles?”

I shook my head. I didn’t have money to buy them.

Pete withdrew from his pocket glasses set in a wooden frame. “Try.” I did. The underwater goggles sat snug on my face. I was ready to fish. 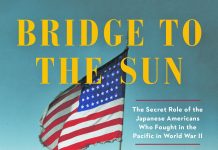 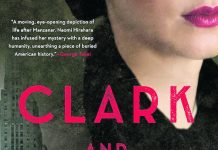