How could two ordinary words send me spiraling into a place I knew existed, but whose emotional intensity I never fully appreciated until I saw them in print?

This past January, one of my published books, “Teacher, You Look Like a Horse,” was translated into Chinese and released in China. When Dawn Sakamoto of Watermark Publishing forwarded a photo of the book cover to me with a loose translation of its new title, two words sent a wave of emotions rushing through me. The emotional release was so significant that I felt cleansed. I know, “cleanse” is an odd choice of word, but for lack of a better term, I’ll stick with “cleanse.”

Like a butterfly released from its chrysalis, wings soaring into the air, I felt as if a burden had been lifted and I wanted to weep with joy — all this over two words that appeared on the cover. What is it that I do that allows a couple of words to affect me so deeply?

The Chinese title reads: “A Classroom Without Walls: An American Teacher’s 30 Years of Memories.”

“American Teacher.” Look at those two words. For the first time in my life, my national identity reads “American” — not the hyphenated “Japanese-American.” I am an American! If I could have been transported to China at the very moment I saw those words, I would have knelt down on my knees and kissed the ground. Who would have thought it would take a foreign country to recognize my true citizenship?

I fantasize about being introduced in China as “The American,” and I’m lifted above the Great Wall.

This has nothing to do with my Japanese ancestry. That is kept wrapped in delicate rice paper in a lacquered box, untouched by anything, or anyone, and by no means is that part of my ancestry being compromised here.

It took some Chinese translation to undo what history had done to me on a December 7th morning 73 years ago — something with which I had nothing to do.

Under the rising sun,
The enemy came
Wearing my face . . .

On that Sunday morning, my identity began with a series of two-worded names, from “Eh Jap,” to a hyphenated citizen of the United States. Three years ago, I wrote the following poem to address and perhaps “cleanse” myself of the residue that had collected over six decades regarding my two-word citizenship:

LIVING ON A HYPHEN

“Get off the hyphen”
My balancing act
Soon after Pearl Harbor

For a moment. My face
Takes me back to the left
Sliding, losing grip, hanging . . .

To the right, after sundown
Losing face in the night
To dawn’s Eastern sun

How many more years
On Oxford’s link, must I
Be etched in ink

Frances Kakugawa was born and raised in Kapoho on Hawai‘i Island and made her career as an educator in Hawai‘i and on the continental U.S. She now lives in Sacramento, Calif., where she has melded her experience as an educator, her love for writing and her personal commitment to helping caregivers cope with the challenges of caring for people with memory-related illnesses. Kakugawa also pens a monthly column on caregiving for the Herald called “Dear Frances.” 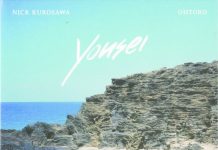