I stare out at the cherry blossoms
In marvel and joy I watch them bloom
Then they burst out with their effloresces
As though awaking from mother nature’s womb,
And there I watch awestruck and in wonder
As though GOD splashed paint upon each branch
Through beauty, and only for beauty I cry a tear
As the blossoms explode in a pink and red avalanche.

No more beauty and wonder could one man ever see
Than watching the cherry blossoms upon a tree.

The beauty of cherry blossom trees — sakura in Japanese — has been the subject of many poems, stories, haiku poems and even photographic essays.

The tree, which is widespread throughout Japan, made its way to the United States in 1912. In 1908, David Fairchild, director of the U.S. Department of Agriculture’s Section of Seed and Plant Introduction, publicly promoted the idea of bringing Japanese cherry blossom trees to Washington, D.C. He was assisted by Eliza Skidmore, a travel writer and the first female board member of National Geographic magazine. The effort was endorsed by first lady Helen Taft, wife of President William Howard Taft. Mrs. Taft had long wanted to beautify Washington, D.C.’s Tidal Basin area. In Japan, Dr. Jökichi Takamine, a chemist, worked with Tökyö Mayor Yukio Ozaki in coordinating the first gift of trees.

In 1910, 2,000 saplings were shipped to Washington. However, they were infested with various pests, so the saplings had to be destroyed.

In 1912, varieties of the Somei Yoshino tree passed USDA inspection and were shipped to the U.S. Mrs. Taft and Viscountess Iwa Chinda, wife of Japan’s ambassador to the U.S., planted the first two trees along the north bank of the Tidal Basin. The U.S. returned the gesture by sending dogwood trees to Japan in 1915.

A year before the centennial, efforts began to find a variety of Japanese cherry tree that could adapt to Hawai‘i’s warm, tropical climate. The project attracted the interest of then-Consul General of Japan Yoshihiko Kamo, who asked botanist Dr. Tetsuo Koyama to select Japanese flowering cherry varieties. Dr. Koyama was the director-general of the Köchi Makino Botanical Garden in Köchi Prefecture and a research associate advisor to the Bishop Museum. (Koyama retired in March 2014 and is now director emeritus and special advisor for the Köchi Makino Botanical Garden.)
Cherry blossom trees can be found in Hawai‘i — primarily in Wahiawä on O‘ahu and in Waimea on the Big Island. Local tours are held whenever the flowers are in bloom. Those varieties, however, are from Taiwan and feature upright branches and dark pink blossoms. “[The Taiwan variety is] very beautiful and I like them very much, but it’s not a Japanese cherry,” Koyama said during a recent visit to the Hawaii Hochi offices.

“Japanese descendants and Japanese people have a really strong nostalgic attachment to the Japanese cherry,” Koyama said. He explained that Japanese cherry trees have “weeping” branches that hang over and have lots of flowers that are light pink in color.

“People like to sit under the trees and have a picnic, drink sake and sing songs,” he said, adding that in Japan, the trees are in bloom from the end of March until early April.

There were earlier attempts to bring Japanese cherry trees to Hawai‘i, he said. Those efforts failed, however, because Japan’s cherry trees prefer cold weather.

Koyama’s idea was to introduce warm-weather cherry trees known as Oshima Zakura from Hachijö Island, a volcanic subtropical island located south of Tökyö Prefecture, and from Köchi to Hawai‘i. While there are hundreds of varieties of flowering cherry trees, the Oshima Zakura is one of the most famous. “It is hardy for volcanic soil, the flowers are very beautiful and smells good, and the leaves smell good, too,” says Koyama.

Koyama asked a horticulturalist from the Makino Botanical Garden to collect seeds from the Hachijö Island and Köchi trees. However, the U.S. Department of Agriculture had strict regulations against the importation of cherry seeds. Koyama said the fruit cherry industry is so important to the West Coast that the introduction of other species of cherry trees is banned.

“Thanks to a collaboration with former Gov. (Neil) Abercrombie, the Hawai‘i state Department of Agriculture obtained a special permit of importing cherry seeds for this particular purpose, only for this time,” Koyama said.

The seeds arrived in Hawai‘i in “good shape.” The Department of Agriculture and the Waimea nursery of the state Department of Land and Natural Resources began germinating the seeds in a controlled environment, growing them into 500 young trees.

In February 2012, the five healthiest plants were planted at the Japanese Flowering Cherry Planting Ceremony at the Cherry Blossom Heritage Festival in Waimea. A few trees were also planted in residential yards in Mänoa and Wahiawä.

The Waimea and Wahiawä trees bloomed recently. A tree in Mänoa also bloomed, but the blossoms blew off the tree before a photograph could be taken.

Koyama is encouraged by the news. “It’s a good sign. Now that we know some of trees will bloom in Hawai‘i, we can begin the selective process to find flowering trees,” he said. All the blooming trees came from Hachijö Island. The Köchi trees have yet to bloom, but Koyama is optimistic that they will.

According to Koyama, the ideal environment for cherry trees is cold weather and four distinct seasons, like that of Japan. “The tree develops a special tissue that goes into the flowers. Hawai‘i’s four seasons are not as extreme, but it should be OK,” he said.

Rainfall is also important, so Koyama wants to study the climate of Waimea and Wahiawä and create a climograph to help determine potential locations.

The next step is to find places in the actual environment to plant the trees so that the selection process can continue. “Some trees may bear flowers, some may not,” says Koyama. “Those that bear flowers are accustomed to this type of weather. We will keep those and throw away the rest of the non-flowering trees, then try to propagate those [flowering trees] to make as many trees as possible,” he said.

Koyama would like the process to begin as soon as possible because the trees, now three to five years old, are getting bigger. Transporting them to different parts of the island or state will likely become more difficult as the trees grow bigger.

The ultimate goal for Koyama is to create “cherry alleys,” similar to the cherry blossom trees that line the Tidal Basin in Washington, D.C. When an adequate number of flowering cherry trees have been identified and propagated, the Cherry Alley Committee will find permanent areas where the trees can flourish and people can enjoy the beauty of the cherry blossom trees. Prospective cherry alleys are targeted for Waimea on the Big Island, in Wahiawä and possibly Mänoa on O‘ahu, and somewhere on Maui.

Sue Eguchi, who works for the Tony Honda Autoplex, is volunteering her time to help with the project. She said O‘ahu was chosen because of its population and its large numbers of Japanese tourists.

The Cherry Alley Committee is seeking suggestions for potential locations to plant the cherry trees. Contact Sue Eguchi at seguchi@tonygroup.com if you would like to help.

Cover Story – WHO WAS YUKIO OKUTSU? 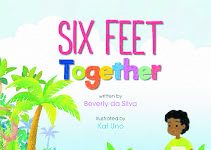 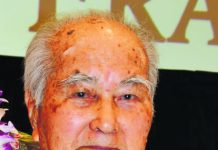