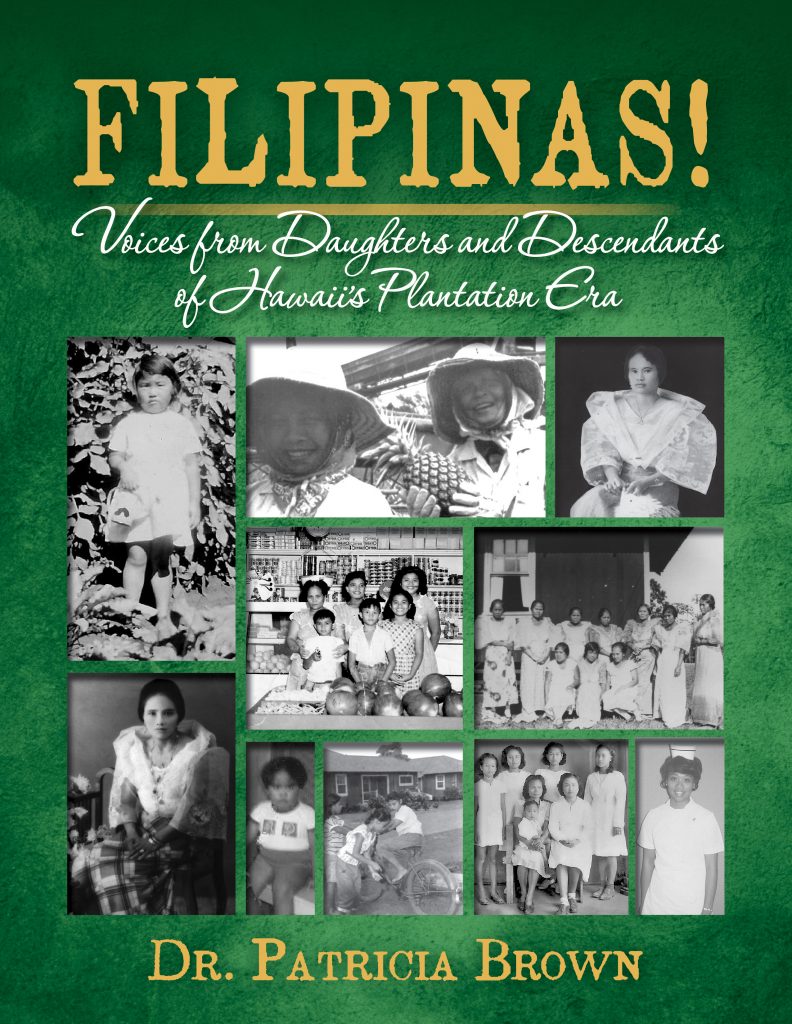 Women have come a long way over the decades. In the early 1900s, women’s rights activists and feminists Susan Brownell Anthony and Elizabeth Cady Stanton fought for women’s right to vote and for social equality. Anthony also campaigned to abolish slavery and for the right of women to own their own property and retain their own earnings. She also advocated for women’s labor organizations.

Closer to home, Title IX, which Congress passed into law in 1972 and of which Hawai‘i Congresswoman Patsy T. Mink was the primary writer, paved the way for women to participate in and benefit from any education program or activity receiving federal funds. After her passing in 2002, it was renamed the Patsy Mink Equal Opportunity in Education Act.

But women from all walks of life, including those who worked Hawai‘i’s sugar plantations, have made history. Their stories are often overlooked, however.

Immigrant labor, mainly from Asia, made up the core of Hawai‘i’s plantation workers, beginning with the Chinese in the 1850s, followed by the Japanese in 1885, Okinawans in 1900, Koreans in 1903 and Filipinos in 1906.

In December 1906, 15 Filipino men recruited from Manila by the Hawaiian Sugar Plantation Association arrived in Hawai‘i. They were followed two months later by two Filipina women. By December 1907, a total of 29 Filipina had settled in the Islands and begun working on the sugar plantations. Often overlooked is the fact that of the original 15 men, only Marcelino Bello remained in Hawai‘i. The others returned to the Philippines. The women, however, stayed and established lives here. And yet, it is the men who are recognized — not the women.

That irony did not escape psychologist and educator Dr. Patricia Brown, who was the child of a Filipino father and a Japanese mother. In the course of her curriculum teaching, she realized that many young Filipino Americans knew very little about their history in Hawai‘i. Nor did they have a positive self-image of themselves as Filipino Americans in Hawai‘i.

While training her students at Chaminade University — some of them of Filipino ancestry — to become school counselors, Brown discussed Filipino kids and their lack of self-esteem. She suggested starting a Filipino Club or a class on Filipino history.

“Some of the Filipino students were uncomfortable with that, in drawing attention to their [Filipino] name,” Brown said.

“They didn’t know about the plantation life, and they didn’t want to be affiliated with it. Maybe it was shame, or maybe because they weren’t educated about what it meant. It’s not just digging the ground and planting the cane. These were women who had a voice and were bright. Even though they didn’t have money or an education, they were the ‘family rock’ and I thought that these students should know that, that they had a lot to be proud of in their ancestry.

With that in mind, Brown set out to write a book to honor the Filipino women of Hawai‘i’s plantation era. The result is “Filipinas! Voices from Daughters and Descendants of Hawaii’s Plantation Era.”

Brown said she had three goals. First, she wanted readers to know what the women who worked the plantation were like, what they did, and, basically, to explain who they were. Second, she wanted to honor them for their creativity and resourcefulness. And, third, she wanted to educate the readers and the Filipino community, young and old.

“We [Filipinos] are the second-largest ethnic group in Hawai‘i. We learn about Japanese and Chinese history, but no one knows how to teach about the Filipino culture,” she said. Brown hopes her book will be used not only by teachers as a curriculum development resource, but also to educate the larger community about Filipinos, especially its women.

“This is the first time that Filipinas are telling their stories in public,” says Brown. “Usually, they exchange pleasantries like, ‘How are you? Would you like some cancanen (sweet Filipino desserts)?’ They have a story they use for public and a bunch they keep in private.”

The soft cover, coffee table-sized book is a collection of stories about Filipino women in Hawai‘i. The writers, which included five men writing about their mothers or grandmothers, ranged in age from 35 to 87. They were asked to describe the cultural behaviors or spiritual beliefs that they still practice. The authors contributed stories about themselves, their mothers, grandmothers and great-grandmothers.

“There are a range of views,” says Brown. “I wanted stories about the first generation and their cultural and spiritual habits and memories. Somehow, they wanted to write about themselves, too.”

The first few chapters are an overview of Filipino immigration to Hawai‘i and the evolution of their roles through the years. The book also contains a glossary of Filipino terms and an index of all the Filipinas mentioned in the book.

But the soul of the book is the stories themselves. There are stories about raising children, domestic violence, child abuse, respect and honor. “A stranger who reads these stories will see dignity, creativity and manipulation that not only the Filipino women do, but all women,” Brown says.

She hopes the book will instill pride in young people of Filipino ancestry.

“The Japanese kids know who they are, but the Filipino kids don’t, so they’re ashamed,” said Brown.

She said many of the stereotypes people have about a culture, like the Filipino community, are based on the actions of men, which are then attributed to the women.

“Women are very different, and we don’t know that, so when they start to write, we see a whole different picture,” Brown says.

One story, for example, is that of Rose-Marie deAquino Phillips, who grew up with a strict and abusive father and swore she would never marry a man like him. And yet her first husband was just as abusive, and she was told by her mother to be a good wife, no matter what. After 10 years of abuse, which came to include abuse of her son, Rose-Marie found the strength and resources to leave the marriage. In the process, however, she came to resent her Filipino culture and values. It was not until after she remarried that she reconnected with the good and comforting memories of her Filipino culture, namely its food, and realized that not all Filipino men are as abusive as her father and first husband had been.

Phillips’ story echoes the struggles many women deal with every day — balancing loyalty to their cultural values and family, while staying true to their self and prioritizing their self-worth.

All of the stories in the book are poignant. Each traces how the Filipino culture — and their mother or grandmother — shaped them into the person they are today.

“If we don’t tell our stories the way we want it, someone’s going to come and write it the way they want it,” Brown said. “That’s the message I want women to know. I want kids to know the truth about their history, good and bad. When our generation is gone, the stories aren’t going to be written with passion, but by piecemeal.

“This book isn’t my book anymore, but the book of the 67 storytellers,” Brown said. “We learn that what went on across the state was secret. A lot of it we didn’t share or value it. Now it’s history. We should value it.”

“Filipinas: Voices from Daughters and Descendants of Hawaii’s Plantation Era” retails for $39.99. A discounted price of $35 is available when purchasing the book at the presentations. Upcoming presentations include:

The books can also be ordered directly through Dr. Patricia Brown by emailing drbrown888@gmail.com.