Tight squeeze. I’ve written many times about how things here must be compressed due to a lack of space. Okinawa doesn’t seem to have any property setback regulations, as evidenced by buildings being separated from each other by mere inches rather than feet. Also, many streets are so narrow that two cars cannot pass each other without taking home some paint from the car they passed, and other really narrow streets (more like pathways) require that you fold in your side mirrors in order to drive through them.

But imagine being on a commercial flight that is either landing or taking off and seeing Japan Air Self-Defense Force jets circling above and below you. The JASDF shares the Naha International Airport runway with commercial airlines, so during its annual air show, which I attended over the weekend, “Blue Impulse” — Japan’s version of the Blue Angels — performed its maneuvers between commercial takeoffs and landings.

What made this doubly interesting was that we spectators were allowed onto an adjoining runway to watch the jets, both commercial and JASDF, take off and land. We were literally a hundred yards away from the runway and there weren’t any security fences or barriers separating us.

At the same air show, there were portable toilets set up for the spectators. They were classy in that the toilets were shielded with tarps to provide more privacy for their users. However, the urinals did not have any doors — I assume this was to make the line go faster.

You fell into what?! On one of the major side streets feeding into Kokusai Döri (Okinawa’s version of Kaläkaua Avenue), fish tanks were built into the sidewalks. They’re constructed in the same area as the grassy patches between the concrete sidewalks and paved roads that we see in residential areas of Hawai‘i. The edges of the tanks are about 2 to 3 inches high, so I can just imagine someone who had too much to drink, or even a perfectly sober pedestrian, tripping and falling into the fish tank. Most Japanese would say it’s your own fault for not paying attention. In America, however, the person would be speed dialing his lawyer as he climbed out of the tank.

Healthy eats. There is a company here that sells healthy meals by the month. Here’s the deal: First, you meet with a nutritionist, who determines what your calorie intake should be and what level of “healthy food” you want. The prices vary between 500 and 700 yen per bento. The company will also deliver your daily choice. No excuse for not eating healthy.

. . . Last night, while talking story with Eiko-chan, she mentioned that you could probably find three popular canned meats — Spam, canned tuna and corned beef — in most homes in Okinawa. The corned beef that is sold here is already spiced and mixed with potatoes that Okinawans use to make champuru (stir-fry). However, people here do remember the canned corned beef with the twist “key” that we used to open the can.

Eiko-chan and Hisae-chan concurred that the reason these items are so much a part of the Okinawan diet is because of the American presence in Okinawa after World War II. They said that houses in mainland Japan do not stock these items. So, if you are going to mainland Japan and want to bring some omiyage (gifts), Spam and canned tuna are good ideas, as they are expensive in mainland Japan and not easily obtainable. Tuna cans are about half the size of American cans. The sisters said Okinawans here buy tuna by the case.

Holy Rudolph! I don’t remember if cake was a big deal at Christmastime in Hawai‘i or on the continental U.S., but here in Okinawa and in mainland Japan, it is as symbolic of Christmas as Santa and his dwarves. Two things seem to be staples during Christmas dinner: store-ordered roast chicken and cake.

Cake is very popular year-round, but especially at Christmastime. Eiko’s and Ishyo’s son, Tadayoshi, and his wife, Mika, bought a cake for the Nohara family. Tadayoshi and Mika and their two children — 6-year-old Kanata and 3-year-old Aya — recently returned from his medical assignment in Ösaka. It was their first big Christmas party, American style, with Santa. By the way, the cake cost $180!

Okinawan word of the week: Takasan, or dëdakä, meaning “expensive.” In Japanese, it is takai. 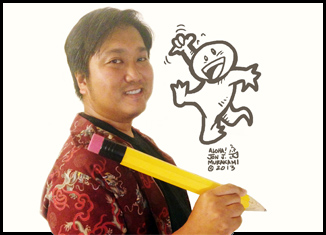