It is winter in Japan — the season marked by kotatsu (table with a built-in foot warmer); hokkairo (hand/body warmers); nabemono (Japanese hot pot); ofuro (hot bath); Uniqlo HEATTECH; Christmas lights, or “illuminations,” as they’re called in Japan; Christmas cake ads; New Year’s festivities and so much more! This is my second winter in Japan and I still am not accustomed to the biting cold weather. It’s just so cold, even here in Yamaguchi, which is in southern Japan.

Last October, my fellow “ALTs” (as we assistant language teachers are called) from Yamaguchi sent out an invitation to attend the sumō tournament, which would be held in nearby Fukuoka in November. I was thrilled to finally have the chance to see a tournament in the flesh that wasn’t too far away (relatively speaking, that is).

In 2013, I had watched a live sumō broadcast on television. It brought back memories of watching sumō as a kid in Hawai‘i, with my family gathered in the living room, cheering for Hawai‘i’s sumotori — Konishiki, Akebono and Musashimaru. That must have been about 20 years ago in the mid-’90s.

I also have childhood memories of “playing sumō” with my elementary school friends. We would put our hair up in buns on top of our heads and pretend to throw salt in the air from opposing corners while stepping into an imaginary dohyō, or ring. We would bend down in a deep squat with our fists on the ground and make scary faces at each other before charging forward and pretending to wrestle. I’m sure we weren’t the only kids who did this.

After attending my first sumō tournament in November, I can now say that our general idea of sumō in elementary school wasn’t entirely off-base, except for our scary faces . . . who knows where that came from?!

The traditional Shintö rituals that took place before and after each match were impressive and much more formal than I had envisioned. Each step in the process moved slowly and with precision, taking even more time than the actual fighting.

It was fun to be in the arena and to see with our own eyes the reactions of the audience when their favorite wrestlers entered and battled in the dohyö. One sumō wrestler in particular threw his salt quite high up in the air as he entered. That excited the audience all the more, prompting everyone to cheer loudly before his match.

I learned that sumō tournaments are held six times a year in Japan. Three tournaments are held in Tökyö, with one each held in Ösaka, Nagoya and Fukuoka. Each tournament runs 15 days and the wrestlers compete in one match per day. Each match, or bout, lasts for what seems like just a few seconds, with the winner being declared once his opponent either steps outside of the ring or touches the ground first with a part of his body — other than his feet, of course.

During tournaments, my Board of Education supervisor, Yamanaka-san, never fails to tell me: 1) who he’s cheering for, 2) how well the wrestler or wrestlers he’s cheering for performed the previous day, and 3) that he wasn’t able to watch it live on TV because he stayed at work too late. This happens just about every weekday during the 15-day tournament. Sometimes, he even brings in the sports section of the day’s newspaper to show me the results. I look at the pictures and then return the paper to him. Yamanaka-san enjoys telling me about one of his favorite wrestlers, Shota Endo. He always speaks highly of Endo, telling me how young and strong he is, even at the young age of 24.

By Nov. 22, the 14th day of tournament, it was apparent that Yamanaka-san wasn’t Endo’s only sumō fan, as just about everyone in the arena began chanting his name when he stepped into the ring late in the day.

Prime, lower-level sumō tickets can cost a few hundred dollars. Our tickets, which cost about $30 (USD), were among the cheapest, entitling us to seating in the uppermost section of the arena.

Since we were so far up, my friend Allena Ikehara, a fellow ALT, who is from the Big Island, and I decided to walk around the arena, in search of vacant seats with a better view. In the process, we met one of the foreign sumotori, Tochinoshin Tsuyoshi, a 27-year-old maegashira. His real name is Levan Gorgadze and he’s from the country of Georgia, which at one time was part of the Soviet Union. Tochinoshin has been wrestling in Japan since 2006.

We were surprised to find that the wrestlers use the same walkways and entryways as the spectators before and after their matches.

That weekend turned out to be quite memorable — it was a three-day weekend, or sanrenkyuu, that had been filled with sumō, Hakata ramen and shopping, which is a luxury when you live in the inaka (rural area), like I do.

It was also memorable because on my way to meet Allena in Fukuoka that Saturday morning, I had run into three students at the local train station. When I arrived at the station, a sixth-grader and her twin first-grade brother and sister were standing with their mother. As I approached the platform, they spotted me and called out, “Loren-Sensei!” They introduced me to their mom, who asked me where I was headed. When I told her that I was going to Fukuoka, she said they were going in the same direction, but would be getting off a few stops before me. Then she said something in Japanese that I couldn’t understand, followed by, “Onegaishimasu.” I glanced down and noticed that she didn’t have any baggage with her. That’s when it dawned on me that she was not traveling with the children, which is probably what she had explained in Japanese that I didn’t understand.

I was a bit surprised that the children would be making the two-hour train ride alone from that point. I was happy to sit with them, as I don’t have many opportunities to interact with students outside of school. After we had taken our seats on the train, Natsumi, the sixth-grader, asked me why I was going to Fukuoka. In broken Japanese, I explained that I was going to see the sumō tournament with a few other ALTs. She then told me that she and her siblings were going to visit their grandmother and cousins in Shimonoseki, a city in Yamaguchi-ken. 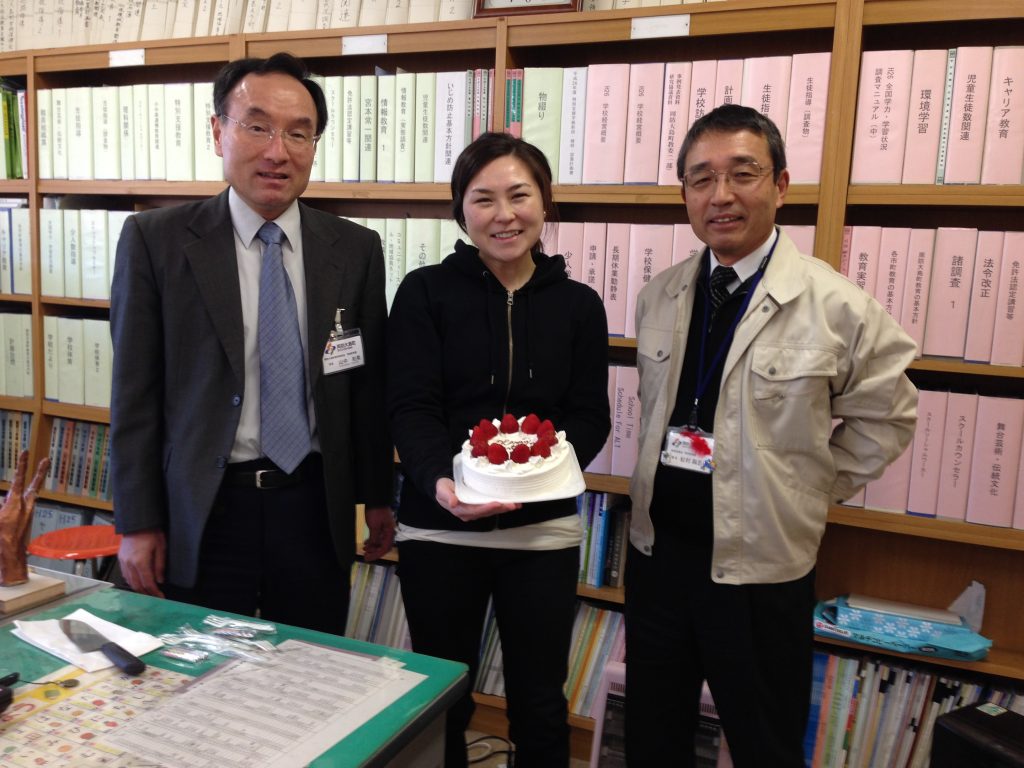 Upon arriving at the transfer station, where we would be getting on the shinkansen, or bullet train, I realized that although we were going in the same direction, the rapid train I was taking to meet Allena by our specified time would not be stopping at their stop. This meant that we would be parting ways there. Natsumi said she had made the trip before, but it was the first time that she would also be responsible for her little brother and sister, so I asked her if she would be all right on her own. She insisted that she would be fine.

Japan’s train stations are hectic, with crowds, ticket gates, luggage and various exits. To further complicate matters, there are often two or three train lines — and possibly more — in one station, which require exiting the first ticket gate before entering the second with a different ticket. (This was, for me, one of the most confusing things about navigating Japan’s train stations.) 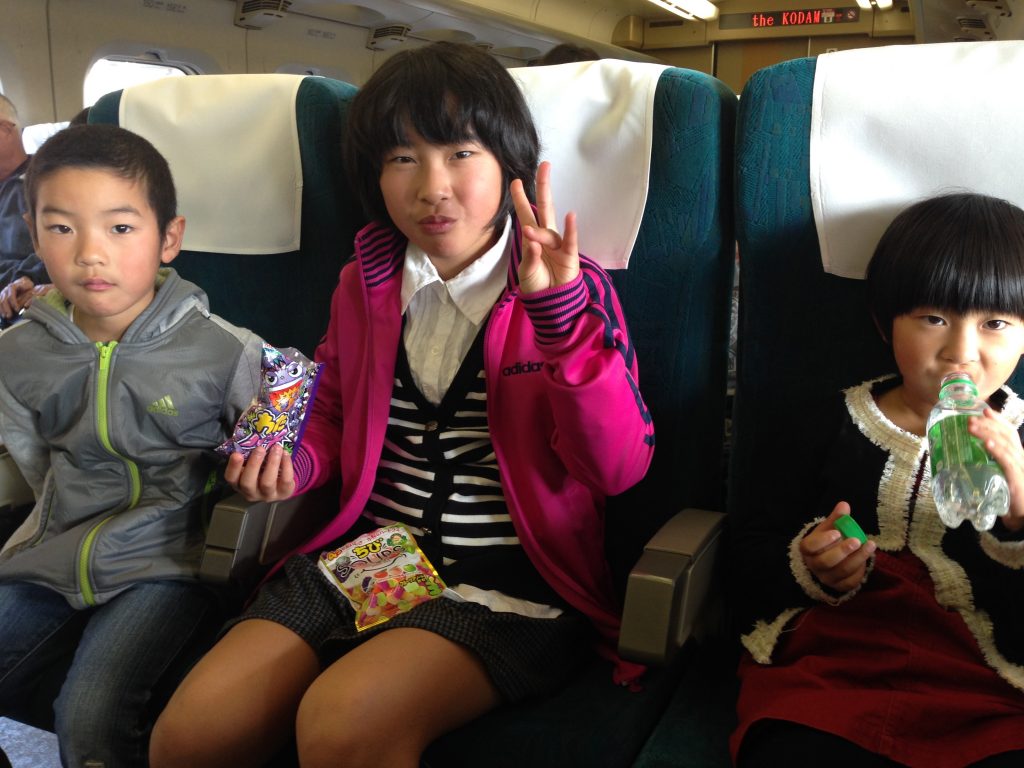 How amazing, I thought. Here was a 12-year-old sixth-grader bravely taking on the responsibility of accompanying her two first-grade siblings to Shimonoseki, nearly two hours away, via local train and shinkansen. Feeling a bit uneasy about our abrupt good-bye to each other, I hesitantly waved to them from the platform as they boarded their train.

In the last few minutes before their train departed (which would be going to my stop, but arriving later), I made a spur of the moment decision and stepped onto their train and looked for them. They were surprised and confused, but happy that we would be spending the next hour or so together. As they shared their little snacks with me, they showed me how to play with a modern-day Tama-gotchi, (yes, Tamagotchis still exist, and now they’re colorized). I searched Google for a picture of the Tama-gotchi I had when I was their age. “It was in black and white?!” Natsumi exclaimed. I couldn’t help but laugh at her reac

tion to my ancient Tamagotchi.

The following week, during my routine visit to their school, Natsumi excitedly ran to me to tell me about her weekend at her grandma’s house. She said she and her cousins had eaten fugu, or blowfish, a signature dish of Shimonoseki. Her teacher and the school principal later thanked me for accompanying the children on the train. I was pleasantly surprised to hear how much they had enjoyed the time we had spent together on the shinkansen. It’s a train ride I will remember forever.

Loren “Ke‘ala” Fujitani is into her second year as an assistant language teacher with the Japan Exchange and Teaching Program in Suo-Öshima. Fujitani grew up in Mänoa Valley and graduated from Mid-Pacific Institute and San Jose State University. She worked in Northern California prior to applying for the JET Program. 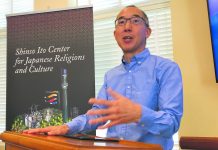 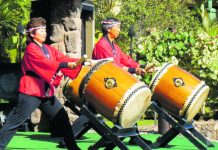