Nearly three decades ago, I observed a high school student driving around the streets of Kaua‘i in a Nissan 240Z, which left me wondering how a teenager could afford such a sporty car. I learned only recently that the young owner of the car, Mark Oyama, had saved up to buy the car by working long hours after classes let out at Kaua‘i High School and also by working weekends at Matsuura Store, a convenience store in Läwa‘i, where he made Spam musubi and manju. As it turns out, Mark was no stranger to hard work — he’d been working seven days a week since he was in the eighth grade.

That early training and discipline proved extremely valuable to Mark, who continued to grow and perfect his culinary skills over the years, eventually opening his own restaurant and catering business on Kaua‘i with his wife Wendy. Their restaurant, Mark’s Place, and Contemporary Flavors Catering, an award-winning, full-service catering business, are favorites of both island residents and celebrities alike.

But Mark Oyama’s success didn’t happen overnight. It is the result of years of hard work, study, hands-on learning and perseverance. After graduating from Kaua‘i High School, Mark decided to pursue an associate’s degree in culinary arts at Kapi‘olani Community College, where he met his wife, Wendy, a fellow culinary arts student.

After earning his degree, he began working under a virtual who’s who of culinary masters — Alan Wong, Daniel Delbrel, Christian Bertrand, Ernest Hiltbrand and Bob Chinen. He also worked as a chef at the Black Orchid in Honolulu, the Mauna Lani Bay Hotel on the Big Island of Hawai‘i and at Restaurant Bertrand in Greenwich, Conn.

Mark’s got his first taste of owning and operating his own business with Island Flavors Whales Resort on Prince of Wales Island in Alaska. Besides running the business, he was also its executive chef.

In 1991, Mark returned home to the Garden Island and was persuaded to join the faculty of Kaua‘i Community College, where he is now an assistant professor and chef instructor in the college’s culinary arts program.

But like he demonstrated in his youth, Mark has managed to juggle several balls in the air at once. In 1998, he and Wendy opened Mark’s Place and started Contemporary Flavors, which specializes in Pacific Rim and continental fine dining cuisine. They are known for their excellent sauces and expertise in candy making. The Oyamas have catered many wedding receptions and special events — from small, intimate gatherings, to large affairs — bringing their more than 20 years of experience to their business.

Mark’s Place is a favorite among the take-out crowd ‘ono for local bentö and plate lunches with a gourmet twist. Their regular weekday menu is supplemented with special dishes and salads. Wendy runs the bakery, producing desserts and omiyage items. 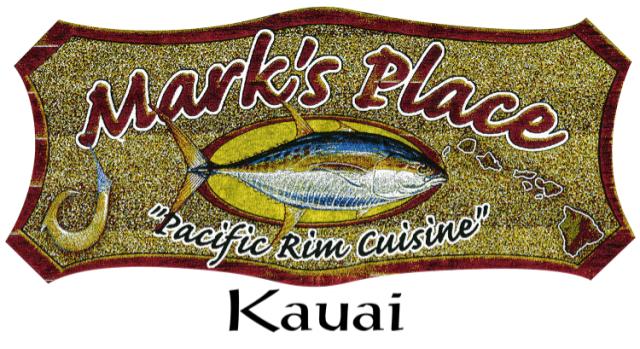 Their philosophy of serving good-sized portions of ‘ono and affordable local food made fresh with products from local farmers and fishermen has earned them many loyal fans, especially because every purchase is punctuated with a friendly smile. Mark’s Place has also gotten two thumbs up in social media and visitor websites such as yelp.com, tripadvisor.com and in Frommer’s.

Mark has proven to be not just a good chef, but a smart businessperson, as well. In 2000, he was presented the Small Business Administration’s Small Business Person of the Year Award for the island of Kaua‘i. Pacific Business News also highlighted Mark and his business by naming him to their prestigious “Forty Under 40” list.

Mark’s philosophy of serving with a smile isn’t limited only to his business patrons but to the Kaua‘i community in general. He and his staff volunteer with many community service organizations, including Big Brothers and Big Sisters, Kaua‘i Chapter; the Interfaith Council of Kapa‘a’s Thanksgiving luncheon and the Kaua‘i High School Foundation golf tournament. Mark is a big supporter of the University of Hawai‘i Rainbow Warriors football program and its booster organization, Nä Koa. He provides the food for golf tournaments and receptions to meet and greet the coaches and Kaua‘i’s athletes.

One weekend every fall, Mark and Wendy shut down both businesses and pay for their entire staff of 50 to fly to Honolulu for the weekend so they can all attend a University of Hawai‘i football game. Mark’s catered tailgate party attracts about 80 fans, including many of his culinary friends and supporters on O‘ahu.

As we chatted, Mark recalled how hard his grandfather worked for the old Köloa plantation store. He said his parents and grandparents always encouraged him to work hard and to gambare, to persevere. He said he hopes succeeding generations will embrace the value, as well.

Mark continues to devote countless hours to Kaua‘i Community College and the Garden Isle community. Despite their busy work and community commitments, Mark and Wendy also make time to support the cultural pursuits of their two daughters, both of whom are members of the Okinawan eisä group, Ryukyukoku Ma-tsuri Daiko Kauai.

At the celebration marking the 50th anniversary of the University of Hawai‘i Community Colleges this past November, Mark was among 50 people recognized as UHCC’s “50 Finest.” The commemorative award recognized the contributions and service of people “who have impacted the quality and success of the community colleges.” The 50 honorees were selected by their peers for significantly contributing “to the growth and innovation of the community colleges over the years.”

Mark Oyama is the kind of person that brings a smile to your face, knowing that he has earned and deserves every bit of success he is enjoying today.

David Iha served the University of Hawai‘i for more than 40 years, including as provost of Kaua‘i Community College and as the secretary to the Board of Regents. In 2003, he was awarded an honorary doctor of philosophy degree from the University of the Ryukyus. Iha is a longtime practitioner of Urasenke tea ceremony and serves as president of the Chado Urasenke Foundation Tankokai Kaua‘i Association. Now retired, he remains active in the Kaua‘i community. Although he did not disclose it when he submitted this story, a check of the UHCC website found that Iha was also one of the “50 Finest” recognized. 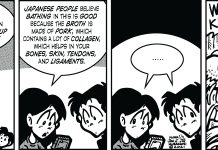 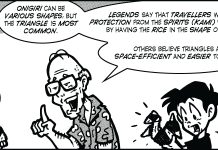