Bob Kubo is a friendly, unassuming, easy-to-talk-to local guy. These days, you can usually find him at craft fairs, where he helps his crafter wife Eva sell her wares. For 30 years, he was known as “Mr. Kubo” at Castle High School, where he taught. Now that he’s retired, people are back to calling him “Bob,” except on Monday and Wednesday evenings, that is, when he is the honorable “Kubo-Sensei,” chief instructor and founder of the Kailua Aikido Club.

Recently, I had an opportunity to talk story with Kubo-Sensei about aikidö, something I’ve wanted to do for a long time because of my interest in the martial art. Many people have heard of aikidö, but few really understand it.

Morihei Ueshiba, the founder of aikidö, is said to have developed the art as a path to universal harmony and world peace, a way to turn aggression and violence into calmness and spiritual harmony. Aikidö is said to be “the way of unifying with life energy” and “a path of training used to develop spiritual growth.”

Broken down, aikidö is a word full of meaning — ai means love, or harmony; ki refers to the mind, or spirit; and do is the path, or the way, to achieve spiritual and physical harmony.

It is a martial art that redirects the force of the attacker’s momentum, using entering and turning movements, instead of opposing the attacker, head-on. Of course, there is much more to this martial art. It said that aikidö requires very little physical strength, so men and women of all ages can learn and practice the art.

Another intriguing aspect of aikidö its noncompetitive nature. Competition is totally counter to the true spirit of aikidö, which seeks to bring people together in harmony. Since competition does not exist in aikidö, it is probably inaccurate to refer to aikidö as a “sport.” Maybe, instead, it should be thought of as an athletic event requiring daily and repetitious training and practice, mentally as well as physically.

Bob Kubo was born in Kaka‘ako and grew up primarily in east Honolulu, because his mother worked as a live-in maid.

At the age of 13, he began studying judö after his father took him to a döjo (practice hall) in McCully. He recalled that in his first week, he was told to sit, kneeling, outside the döjo. In his second week, Kubo was told to sweep the döjo, and in his third week, he mopped the döjo floor. In spite of the repetitious labor, Kubo took a liking to judö. He especially liked studying under Yukiso Yamamoto-Sensei. By the time Kubo graduated from Kaimukï High School in 1953, he was a shodan and held a black belt in judö.

After graduating from high school, Kubo enlisted in the U.S. Army, serving in the Korean War. He volunteered for the Army Airborne and trained as a paratrooper. By the time he got to Korea, however, he had been transferred to the psychological warfare unit and, luckily, returned home in one piece. He then used the GI Bill to earn his teaching degree at the University of Hawai‘i.

Kubo was also anxious to begin studying judö again with Yamamoto-Sensei, until he learned that his sensei was no longer teaching judö. While Kubo was away in the Army, Yamamoto-Sensei had taken up aikidö and was now training at a döjo in Mänoa. He had converted to practicing aikidö following the visit of Koichi Tohei of Japan, a pioneer aikidoka (aikidö practitioner), who introduced the art in Hawai‘i in 1953.

After reuniting with his former judö teacher, Yamamoto-Sensei asked Kubo to attack him, which the student initially refused to do. After all, Yamamoto-Sensei had been his judö teacher and was many years his senior. But Sensei insisted. When Kubo finally did, he landed on his butt. Kubo repeated his attacks a half-dozen times, trying different approaches. Each time, he landed on his back or his butt.

After their reunion, Kubo decided to begin studying again under Yamamoto-Sensei, but this time as an aikidoka. He was a good student and rose quickly through the ranks.
In 1963, Yamamoto-Sensei approached Kubo: “Kubo-kun, we need an aikidö club in the Windward area.” That marked the beginning of the Kailua Aikido Club at the Windward YMCA. The name is misleading, however, because, in reality, the Kailua Aikido Club has been holding classes at the Kokokahi YWCA in Käne‘ohe for more than a dozen years and is generally known as Kubo-Sensei’s Inaka Dojo (country practice hall).

A half-century later, in 2013, the club celebrated its 50th anniversary with a big bash in Waikïkï, that was attended by aikidö practitioners from Japan, Canada and the U.S. mainland aikidö.

The Inaka Dojo members practice aikidö twice a week. The two dozen members vary in age from preteens to a few in their 60s, including a few women.

ubo-Sensei, who is now 79 years old, holds a seventh-dan ranking in the art. His first assistant is retired Circuit Judge Thomas Kaulukukui Jr., who is a sixth dan. After warming up, Kubo-Sensei demonstrates some aspect of the art. The members then pair off and practice with each other. This goes on, with many variations, for a few hours.

That’s the easy part. The biggest challenge in aikidö is in understanding the concept of “ki.” As mentioned earlier, ki refers to the mind or spirit. It has also been translated as energy, mood or morale. It’s been described as a feeling, and has been used to mean life’s energy or force. A common answer, this one of Chinese origins, is that it refers to a particular mental and physical state that exhibits in a psychophysiological power, or a “microbiomaterial” that circulates within the body and maintains the living force that makes the body function. Kubo-Sensei says it is a form of internal energy. In aikidö, it refers to the principle of blending with an attacker’s movements in order to control his or her actions with minimal effort, or to understand the intent of an attacker and to find the optimal position and timing to apply a counter-technique.

Heavy stuff. But this is probably the reason Kubo-Sensei never tires of aikidö. He said he is energized by being at the döjo and still learns something new every night from his students and his fellow aikidö practitioners. Growth in aikidö knows no end.

Dr. Michael Okihiro is a retired Honolulu neurologist, a lover of all sports— and athletic events — and a self-professed “baseball nut.” 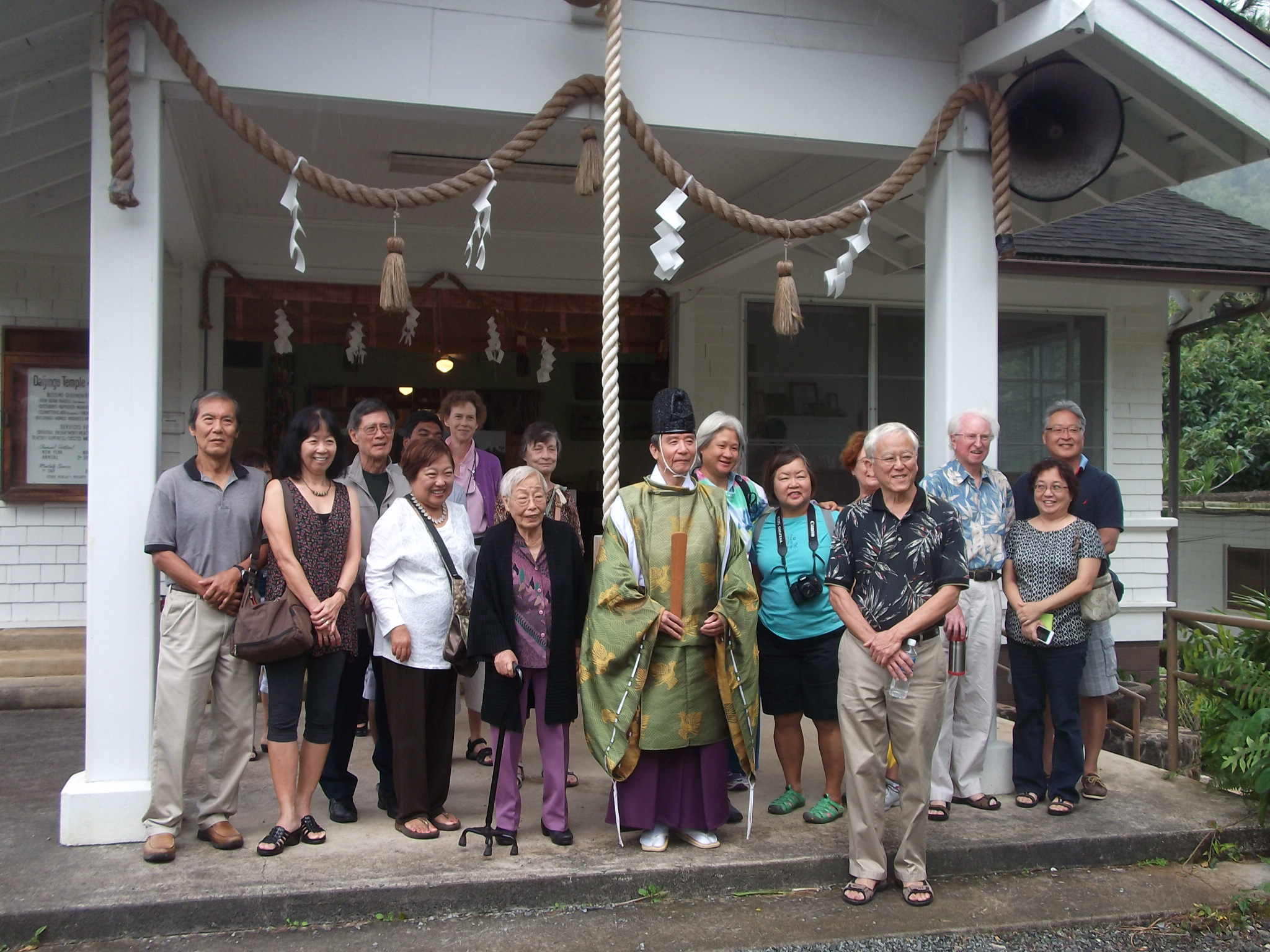 De-Cluttering In The New Year