This past year, Maui’s Tasaka Guri Guri marked a business milestone, celebrating 40 years at its location in the Maui Mall in Kahului. But even more impressive about the Valley Isle treat is that it has been delighting Maui residents and visitors alike for over a century — and the visitors, especially, happily share their comments about the sweet, cool dessert online at Yelp.com.

“Maui for the day, how can you skip guri guri? You can’t,” commented Hope Y. from Pearl City, O‘ahu.

Maui native Chris A., who now lives in Las Vegas, posted: “Been having Tasaka Guri Guri since I was wee high . . . and it still brings back the best of times . . . . On my short trip home, I stopped by for Guri Guri every day.”

“If this existed in New York, I would be a customer everyday,” commented Mark K. of New York.

The Tasaka family’s unique sherbet-sorbet-ice cream-ish concoction, which comes in strawberry and pineapple flavors, is called “Guri Guri.” The dairy-based recipe and its ingredients, both closely guarded secrets, were developed by Jokichi Tasaka shortly after he immigrated to Maui from Japan in the early 1900s. Jokichi’s son Gunji then perfected the recipe and also gave it its name. Copycats have tried to replicate it, but have not been able to nail down Tasaka’s unique Guri Guri taste. Tasaka Guri Guri even holds its own against large ice cream franchises that offer many more flavors than Tasaka’s two.

Tasaka Guri Guri is now in its fourth generation of operation, with Gunji’s granddaughters, Cindy Tasaka-Ing and her sister Gail Saito, now running the business.

The name “Guri Guri” is a play on the word “good,” according to Tasaka-Ing. Her grandfather coined it because it sounded like “goodie, goodie,” which described the taste of the sherbet.

She said she doesn’t know why or how her great-grandfather concocted the sherbet, but thinks it might have been to provide Maui’s people with a cool treat to enjoy on warm days. To this day, it is the hot days that bring in the most customers, with summer being the peak season for Guri Guri sales, Tasaka-Ing said, adding customers prefer the strawberry-flavored Guri Guri to the pineapple flavor, 3-to-1.

The shop at the Maui Mall also buzzes with activity during school breaks and after school, as seen on a recent weekday as happy children streamed into the store with their parents in tow in mid-afternoon.

Tasaka Guri Guri’s roots run deep in Kahului’s old business district, said Tasaka-Ing. Her father Henry and his brother, Setsuo — “Setsu,” as he was known — succeeded their father in running the shop. For years, Henry worked the counter, greeting customers and filling orders, while Setsu took charge of the production end. Cindy and Gail helped out in the shop until the brothers retired.

When Jokichi Tasaka started his business near the railroad tracks in Kahului, it was known as Tasaka Confectionary Store, making mainly Japanese sweets such as senbei (Japanese crackers), mochi and yökan (sweet bean cake).

In the 1950s, the shop moved into the brand new Kahului Shopping Center, which Alexander & Baldwin had developed. Kahului’s “Dream City” residential community was also under construction. The sugar industry had begun to decline and people were leaving rented plantation camp homes and buying their own single-family homes in the Kahului area.

The sisters have photos of the store, which was renamed Tasaka Candy and Guri Guri Shop, when it moved into the Kahului Shopping Center. A black-and-white photo of what appears to be the store’s opening shows floral arrangements lined up inside and outside the store, along with a line of customers.
The storefronts have changed, and so has the production of the Guri Guri. Early on, it was mixed by hand in large canisters — these days, mixing machines do the work, according to the sisters.

Another change: Decades ago, the Tasakas offered their customers azuki beans with the Guri Guri. The beans were made in the steam boiler that Jokichi Tasaka had used to make yökan in his early confection-making days. The cooked beans were given to customers free of charge with their Guri Guri. In time, however, customers had to pay a slight charge for the beans to help cover the cost of maintaining the boiler.

Interest in the beans waned over the years and the boiler became too costly to maintain and insure. The insurance for the boiler was especially expensive because the Guri Guri shop was in a large retail shopping center and could be a fire hazard. So when the boiler broke down some 25 years ago, the family decided it was time to end the offering of the beans.
The Guri Guri is made nearly every day to ensure its freshness. Tasaka’s also packs neighbor island take-out packages.
Cindy Tasaka-Ing and Gail Saito, the fourth generation leaders of this Maui institution, do not take lightly this business gift that has been passed on to them. The business has been good to the Tasaka family, said Tasaka-Ing.

Although the sisters put in long hours to make the business successful, it gives them a sense of pride nevertheless. “It’s good to come to work,” Tasaka-Ing said.

She said her father and uncle worked every day when they ran the business. Having seen that, the sisters make sure they get help rather than trying to do everything on their own. And, not surprising, most of the help is from other family members, like cousin Kelly Kohatsu and other relatives — Calvin Inouye, Tony Wilsey and Alisha Wilsey.

Even as other omiyage goodies have popped up on Maui, including the Krispy Kreme doughnut national chain, and the local mainstay manjü and confection stores, the Tasaka family’s frozen product remains a favorite — to eat on their island and to share with friends and family outside of Maui.

If it’s been a while since you’ve savored the sweet Maui treat, trust Gail Saito when she says: “They just have to taste it.”

Melissa Tanji has been a staff writer for The Maui News since 2000. She earned her bachelor’s degree in journalism from the University of Hawai‘i at Mänoa. 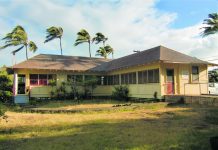 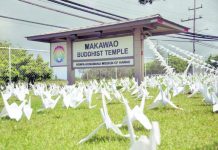