Aloha! My name is Mark Jun Hashem. I have served as the State Representative for House District 18, Kähala to Hawai’i Kai, for the past four years.

I was raised in Hawai’i and attended public schools — Ka’ahumanu Elementary School, Washington Middle School and McKinley High School. I received my undergraduate degree from Pacific University in Forest Grove, Oregon. My mother is originally from Japan, so I decided to pursue my master’s degree at Hokkaido University in Japan. After graduate school, I worked in Japan for over 11 years and learned to speak Japanese fluently.

During my four years in the House of Representatives, I have secured funding for many vital improvements for our district, including the heavily traveled Kalaniana’ole Highway, which is finally being resurfaced.

I have also been successful in obtaining funding for improvements to the public schools in our district. Niu Valley Middle School will be getting four new classrooms; both Kaiser and Kalani High schools will be getting new girls locker rooms; and ‘Äina Haina Elementary School is due for a new parking lot. I want to ensure that these improvements are realized for our students. For that reason, and for the work we have yet to do, I humbly ask for your vote on November 4. — Mahalo, Mark Jun Hashem 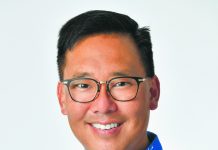