Maui’s Kurt Suzuki, catcher for the American League’s Minnesota Twins, is having the best year of his thus far eight-year Major League Baseball career, hitting over .300 for most of the year. This past summer, he was selected to play in the MLB All-Star Game. Although Suzuki’s game has cooled off a bit recently, life in “the land of 10,000 lakes” is good.
It wasn’t always this way, though.

In 2007, three years after being drafted by the Oakland Athletics in 2004, Kurt made his way to the A’s major league team. Veteran Oakland catcher Jason Kendall became Kurt’s mentor, and Kurt proved to be an excellent student. He put in five good years with the A’s.

In 2012, probably after getting hit twice in May on his left hand, he struggled at the plate and was traded to the Washington Nationals late in the year.

Then, after another rough year, he was traded back to Oakland in August 2013. When Oakland declined the option on Kurt after the season, he became a free agent.

That year, Santa arrived a few days early. Two days before Christmas, Kurt found a new home with the Minnesota Twins and doing very well. In spite of his success, he was rumored to be trade bait earlier this year. Much to Kurt’s relief, the rumors never materialized.

Kurt Suzuki is not one accustomed to failure. He has always done well in baseball. By the time he was a junior at Baldwin High School, he was playing AJA Baseball on Maui. His coach and mentor at Baldwin, Kahai Shishido, instilled in him the essence of being a ball player, and Kurt blossomed as a catcher. He was selected second team Hawai‘i State All-Star in his junior year and first team in his 2001 senior season.

Kurt walked on at Cal State Fullerton and was soon starting for them. In 2004, he led the Titans to the College World Series. Although he wasn’t having the best series in Omaha, Kurt’s two-out RBI single in the bottom of the seventh inning in the championship game against the Texas Longhorns won the game for the Titans, 3-2, and the championship.
The year 2004 was Kurt Suzuki’s year. He was chosen All-American by “Baseball America” and Collegiate Baseball. He also won the Johnny Bench Award as the best collegiate catcher in the country and the Brooks Wallace Award as the most outstanding collegiate baseball player. (In 2009, the Brooks Wallace Award was changed and now is awarded only to shortstops.) The Oakland Athletics were watching Kurt and drafted him in the second round.

Sportswriter Lee Judge wrote an excellent paper on how he thinks Kurt studies, thinks and acts like a major league catcher. Titled “Kurt Suzuki: Inside the Mind of an All-Star Catcher,” it is a must-read for all would-be catchers at any stage of their game. Judge observed that Kurt studies every batter long before he enters the field — the batter’s tendencies with first pitches, when he’s behind or ahead in the count, how aggressive he is, his patterns of discipline, everything.

Kurt is the kind of catcher who is constantly thinking. Most pitchers just nod, throw the pitch, and get all the credit and glory. But the good pitcher knows the importance of a smart, thinking catcher. That’s just how the game goes, and in all likelihood, Kurt’s improvement as a batter has to do with his maturity and mindfulness as a catcher.

In his personal life, Kurt is married to his college sweetheart, Renee. They are the parents of two young children — a daughter and a son. Renee and the children are with him in Minnesota during the baseball season. When the season ends, they return to their family home in California.

A few years ago, he and Renee established the Kurt Suzuki Family Foundation to share his baseball successes with the community. The foundation supports scientific research of chronic illnesses and endeavors that advocate for healthy lifestyle choices. They have decided to focus their support on kidney disease research, as both Kurt’s dad and Renee’s sister have had serious renal problems in the past. Fortunately, both are doing well.

Kurt, who turns 31 years old tomorrow (Oct. 4) is completing his eighth year in Major League Baseball, with his ninth on the horizon. With nearly ten years in the pros, he is now a seasoned veteran. Kurt has a great two-year contract extension with the Twins that will take him through 2016 — a vesting option for 2017.

Kurt’s parents, Warren and Kathleen Suzuki, are their son’s biggest fans. Of what Kurt has accomplished up to now, they say, “It’s a dream come true.”

Dr. Michael Okihiro is a retired Honolulu neurologist and a self-professed “baseball nut.” 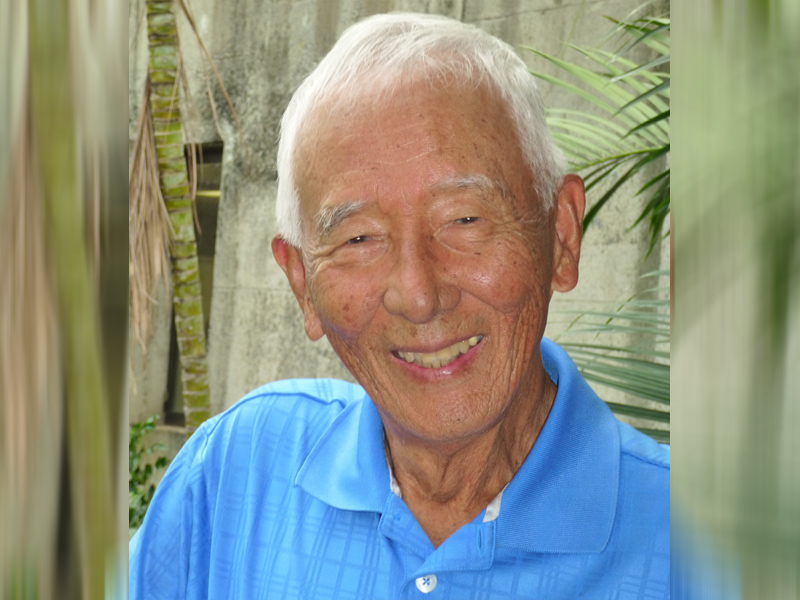