In certain parts of the world — Okinawa being one of them — people, on average, tend to enjoy longer and healthier lives. The Willcox brothers — identical twins Bradley, a physician, and Craig, a medical anthropologist — have been studying this phenomenon. Over the years, their conclusions have been published in books (“The Okinawa Program” and “The Okinawa Diet Plan”) and discussed on television programs and in news articles throughout the world. Earlier this year, the Willcox brothers were the keynote speakers at the Uchinanchu Talk Story IV Conference, titled “Okinawan Secrets to Longevity,” which was held at the East-West Center. The event was cosponsored by the Worldwide Uchinanchu Business Association, the Akisamiyo-! Club and the East-West Center.

Originally from Canada, the Willcox brothers first went to Okinawa in 1994 to study longevity (or long life) among the Okinawa population. They joined Dr. Makoto Suzuki, a cardiologist and geriatrician, who had been doing pioneering longevity research among the Okinawans and is on the faculties of the University of the Ryukyus and Okinawa International University.

Twenty years have passed since the brothers went to Okinawa and their research findings have yielded much food for thought.

“One of the key things that we are excited about doing in our work is translating our research findings into public health practice,” said Donald Craig Willcox, Ph.D., a professor of international public health and gerontology at Okinawa International University. He will be referred to hereafter as Craig (the name he goes by) to distinguish him from his brother Bradley, who is a professor and researcher in the Department of Geriatric Medicine at the University of Hawai‘i’s John A. Burns School of Medicine.

At the Uchinanchu Talk Story IV Conference, Craig played a short video clip of a news story in which he and a reporter went to look at food choices at the grocery store. He advised viewers to select a variety of colorful fruits and vegetables as well as unrefined carbohydrates such as brown rice and whole wheat.

“The traditional (Okinawan) diet is very vegetable-heavy,” Craig said in the video piece. “Over 70 percent of their daily caloric intake came from vegetables.”

Moderate amounts of protein, such as fish and töfu, were also consumed, as well as an Okinawan favorite, pork, but just a little and with the fat removed or boiled off. Essentially, the traditional Okinawan diet is a low-calorie, plant-based diet.

As the Willcox brothers have emphasized in their public appearances and publications, portion control is also important. They recommend eating not until one is totally full or “stuffed to the brim,” as some people do, but rather until one is only about 80 percent full. There is a Japanese term for this: “Hara hachi bu.” It isn’t a literal measurement, but conveys the idea that it takes time for the body to feel satiated. If you eat too much too quickly at one time, your stomach may not have time to send signals to the brain to tell it that you are full and to stop eating.

The brothers have also discussed research on the potential health benefits of caloric restriction. It is based on animal studies that suggest that a low calorie intake may be beneficial in disease prevention. However, how that translates to human populations is not completely understood, and the brothers’ research in Okinawa may help answer that question. (Of course, people should not make changes to their health regimen without first consulting their health care providers.)

Craig cautions that long life in itself is not necessarily a desirable goal. For quality living, long life needs to be combined with other factors, such as good health.

“It’s about health span, not just life span,” he said.

A key question he wanted the conference audience to think about was, “Are there things you can do to age more healthfully?”

Other factors to consider for healthy longevity are a person’s living environment, socio-economic status, social support system, physical activity, access to health care and so forth.

While nutrition is key, he said, it is not the only thing that is important to aging well. Craig referred to an often-quoted definition of “successful aging” by other researchers, which include the avoidance of disease and disability, the maintenance of cognitive capacity (or brain health) and active engagement with life. (It should be noted here that not all gerontologists consider this an ideal definition because it might be inferred that people with disabilities, for example, are not aging successfully.)

Craig noted that both genetic and non-genetic factors contribute to healthy aging. Non-genetic factors would include factors such as diet, nutrition, exercise, environment, social support, stress management and so forth. Genetic factors are biologically inherited traits. Researchers have also looked at risk factors such as tobacco use, obesity and over-consumption of alcohol. He observed that most centenarians are women, and that they tended not to smoke or consume alcohol at the same rates as men when they were younger.

Dr. Bradley Wilcox (hereafter referred to as Bradley) talked about his research as part of the Kuakini Medical Center Honolulu Heart Program study of more than 8,000 men of Japanese and Okinawan ancestry. About 15 percent of the men are of Okinawan ancestry. Data have been collected from the 1960s to the present — about half a century of research. One of the important findings from this so-called longitudinal research (i.e., the study of people over a long period of time) is that of the study participants who lived to be 85 and older, only about 5 percent of them were overweight when they were younger, in their 40s.

Bradley played a video news story narrated by KHON’s Joe Moore. In that story, Moore reported on the findings of a study that followed 5,000 men over a period of 40 years and showed that healthy living during middle age may result in longer life.
“Researchers found that men had an 80 percent chance of living to the age of 80 if they include these nine factors in their lives,” Moore said. Those nine factors were 1) lean weight, 2) low blood pressure 3) low blood sugar 4) low bad cholesterol, 5) moderate alcohol consumption, 6) no smoking, 7) high hand grip strength, 8) higher education and 9) being married. The study was conducted by the Pacific Health Research Institute and Kuakini Medical Center and was published in the Journal of the American Medical Association.

Moore ended the piece by saying, “I’ll work on that lean weight thing.”

Bradley also talked about research looking at the genetic factors that may contribute to good or bad health, in particular the FOXO (pronounced “fox-oh”) gene and the concept of protective genes. The protective version of the FOXO gene may increase one’s chances for healthy longevity. Craig told the audience about how diet can help to optimize one’s protective genes, emphasizing what he had said earlier, “You want to get a lot of plant foods into the diet,” especially foods that are low in calories and yet packed with nutrients. Foods such as Okinawan sweet potatoes, bitter melon (göyä), green leafy vegetables, sea vegetables, töfu and others are recommended, as well as foods that do not spike the body’s blood sugar levels (i.e., foods that are low on the glycemic index) and that help to keep inflammation down. Their books, mentioned earlier, go into detail about high- and low-glycemic index foods and have recipes based on the Okinawan diet but with variations for people who may not like the traditional Okinawan dishes.

In Chapter 1 of “The Okinawa Program” book, the authors compare Okinawa to Shangri-La, that fabled earthly paradise from the novel and movie, “The Lost Horizon.” That reputation results from a warm climate combined with its beautiful physical environment.
“Okinawa also happens to be the home of the longest-lived people in the world,” the authors write. “People there seem to have beaten the aging process and the debilitating diseases that accompany the ‘golden years’ in the West.”

But beyond all of the factors for healthy longevity already discussed, the researchers noted helpful social and psychological characteristics among many of the older Okinawans they have studied, including a positive attitude, good stress management, strong community ties and more. One might also observe these characteristics among many Hawai‘i Okinawans as they participate in group social activities, get involved in community projects and enjoy cultural events together.

The Uchinanchu Talk Story IV Conference program was filled with talks, presentations and performances that attested to the vibrancy of the Okinawan community in Hawai‘i. Topics or activities included physical fitness and exercise; recreation and lifestyle; financial security; small group discussions; and a healthy lunch with examples of typical Okinawan dishes.

The world has much to learn from Okinawans about the road to healthy longevity. In fact, the Willcox brothers said they wanted to call the American version of their book, “The Okinawan Way,” but their publisher recommended “The Okinawan Program” instead because the latter title seemed better for marketing. But, in fact, the decades of research on the lives of older Okinawans does provide the world with insights into the traditional Okinawan way of life.

Will Okinawans continue to lead the world in healthy longevity in the future? That remains to be seen, but early indicators are not optimistic, as many younger Okinawans opt for fast food that tend to be high in calories, low in nutrients and highly processed (rather than whole foods) — all things that are opposite of the traditional Okinawan way of eating. In one news segment on YouTube, younger Okinawans can be seen in a fast food restaurant, eating their hamburgers and fries. Some are clearly overweight or do not look healthy, but they think these foreign foods are “cool.”

As has been widely reported in the American news media, childhood obesity is a serious and harmful condition among many youth in America, potentially leading to chronic illness and disability. If future Okinawans who subsist on this kind of eating turn out to be less healthy as adults than their grandparents and great-grandparents, it may provide more support for the wisdom of living the traditional Okinawan way.

Kevin Kawamoto is a longtime Hawai‘i Herald contributor. This article is not intended to give medical or health advice. See your primary care physician for a health management plan that is right for a person with your body and health status. 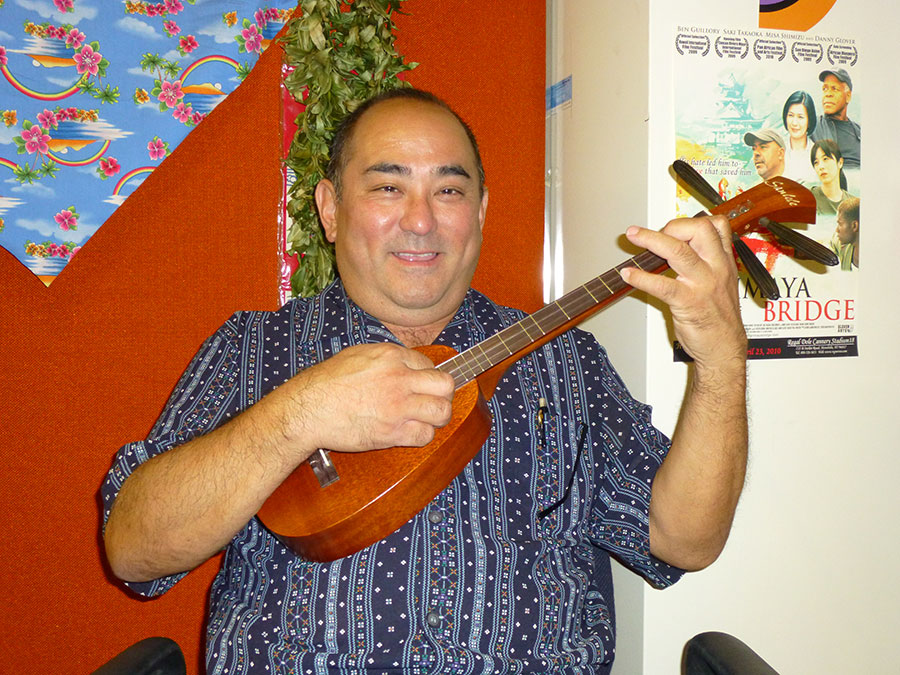 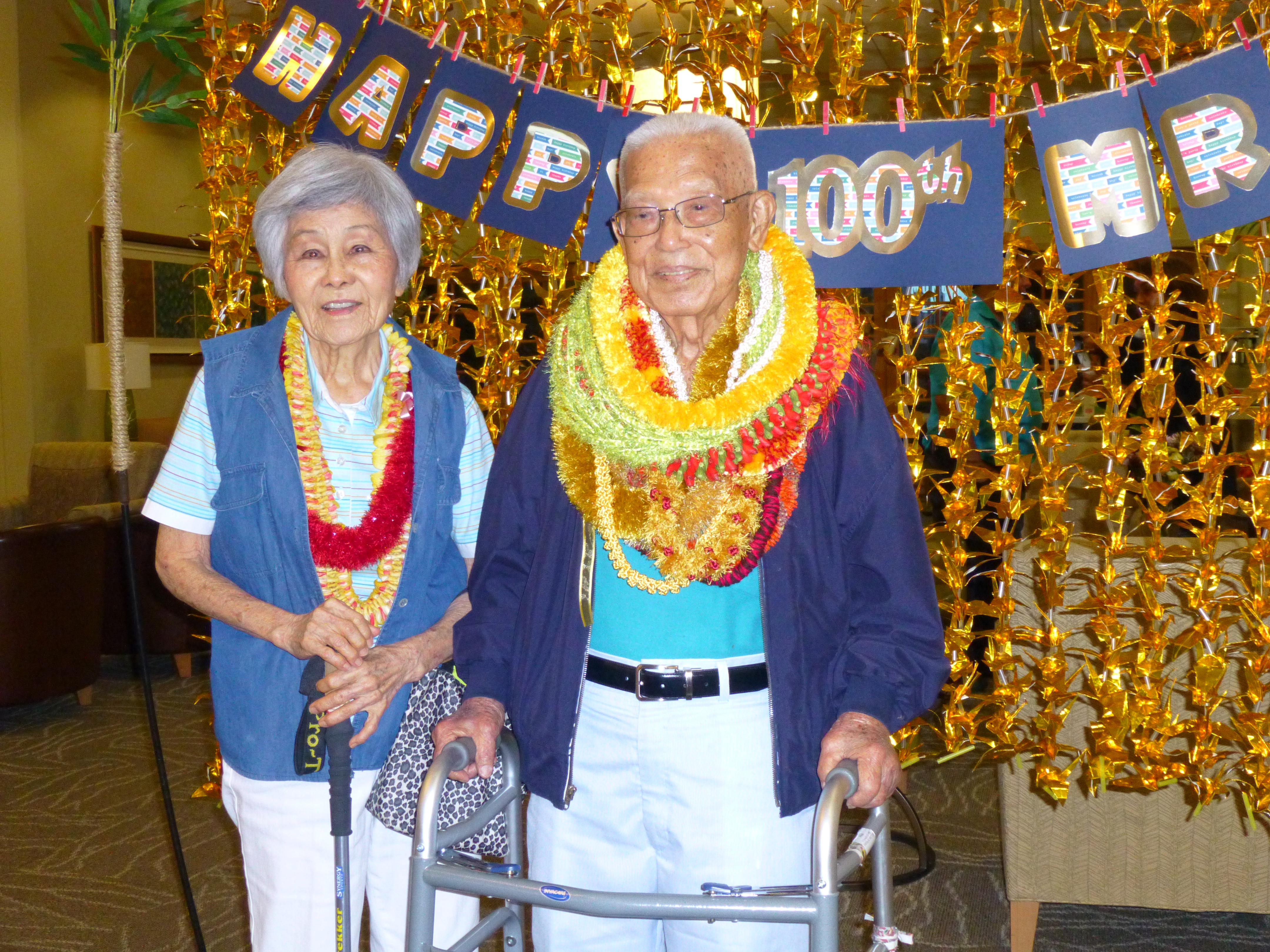