The 50th anniversary of the sister-city relationship between Honolulu and Bruyeres, France, was celebrated with a reaffirmation ceremony held in the courtyard of Honolulu Hale on Oct. 6.

Thirty-eight people from Bruyeres, which is located in the Vosges Mountains of northeastern France, near the French-German border, attended the ceremonies, including deputy mayor Ludovic Durain. The delegation was the largest from Bruyeres to visit Hawai‘i since 1976.

The relationship between the two cities — located more than 7,000 miles apart — dates back to October 1944, when Bruyeres was liberated from Nazi occupation by soldiers of the 100th Infantry Battalion and the 442nd Regimental Combat Team.

In 1960, the late Wilbert “Sandy” Holck, a 442nd veteran and future Honolulu city councilman, returned to Bruyeres as a tourist, where he met Bruyeres resident Gerard Deschaseaux for the first time. The story of how Honolulu and Bruyeres came to be united as sister-cities is detailed in the accompanying piece written by Holck’s son-in-law, Eric Nemoto, following the family’s trip to Bruyeres in October 2009.

In his City Hall remarks, Sandy Holck’s son Willard, chair of the Honolulu-Bruyeres 2011 Committee, paid homage to his father for his role in fostering the international friendship.

“Like many of the veterans who searched for meaning and purpose to the death and destruction they endured, he was determined never to forget,” Willard said.

“The sister-city relationship would become more than a gesture of goodwill; it would become a platform to educate future generations of the impact of the 100th/442nd Regimental Combat Team on the history of Hawai‘i, the rest of the United States and Europe.”

The Holck family has maintained ties with the Deschaseaux family through the years — Willard even refers to Deschaseaux’s widow, Marcelle, as his “French mother.” Marcelle, a former kindergarten teacher who attended the ceremony, taught her students to sing the state song “Hawai‘i Pono‘i” out of gratitude for the Nisei soldiers.

The younger Holck and his family got to witness that spectacle on their trip to Bruyeres in 2009.

“It was like a chicken-skin moment,” he said. “Not only did she teach her students to sing ‘Hawai‘i Pono‘i,’ she taught them to sign it like Hawaiians.”

Honolulu Mayor Peter Carlisle delivered his message to the audience in both French and English, declaring that he will visit Bruyeres “as soon as possible.” Carlisle pledged to continue the relationship between the two cities, saying, “We hope to be able to keep this tradition going as long as humanly possible.” He and deputy mayor Durain then signed the reaffirmation document.

Although the 33-year-old Durain was born more than three decades after the 100th/442nd liberated his town, he was nevertheless well-versed in Bruyeres’ World War II history. Durain honored the AJA soldiers who lost their lives in the liberation of Bruyeres.

“Along with freedom, peace, and a blow to Nazism and its procession of inhumanities, they brought us a friendship which will live for a long time across the land and sea,” he said.

Following an exchange of gifts and the signing of the reaffirmation document, honorary French Consul Patricia Lee presented France’s highest military honor, the Legion of Honor, to Masao Tamura of Kauai. The 88-year-old 442nd veteran was wounded in the Vosges during the rescue of the “Lost Battalion” in October 1944.

In lieu of an extended speech, Tamura, a bookkeeper for over 40 years at Kauai Veterans Express, left the crowd with a simple message: “I would like to say to the French people, ‘Merci beaucoup.’” (“Thank you very much.”) — Joe Udell 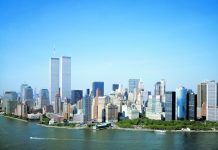 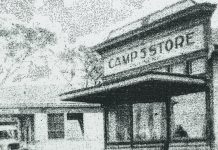