They have been called the “greatest live band ever,” fusing together punk, reggae, jazz, rock, heavy metal and funk – not to mention influencing countless A-list musicians – for over 30 years.

They have endured musical trends and outlasted imitators despite a lack of mainstream radio play.

They are even clothing designers, recently teaming up with urban boutique giant Supreme on a fall line that hit stateside and Japan late last month.

They are Bad Brains, a dreadlocked quatro from Washington D.C., and for roughly two hours last night they turned Pipeline Cafe into a thumping mosh pit. Teengers and middle-aged rockers alike braved flash floods to attend this BAMP Project and watch the band perform both old classics and new material from their 2007 release Build a Nation.

Bad Brains did not disappoint.

Even in their 50s, the band still managed to generate a high energy performance reminiscent of their early hardcore days, when they played so loud that they were unofficially banned from D.C.-area clubs and were forced to relocate to New York. Lead singer H.R. was in his usual form, bowing and smiling in between delivering a rabid storm of lyrics. Dr. Know, his counterpart on guitar, set the mosh pit on fire with a storm of guitar solos.

But words don’t do Bad Brains justice, here’s some pictures from the show: All in all it was a great show from a legendary music act. Who knows when they’ll be back, but if you want some Bad Brains gear and don’t happen to be in Los Angeles, New York or Japan, check out the band’s collaboration with Supreme. 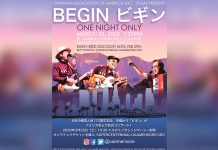 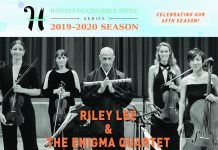 Riley Lee and the Enigma Quartet 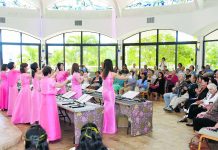