Lately we’ve been telling you about a lot of exhibits relating to Japanese Americans. From Mike Shinoda’s exhibit at the Japanese American National Museum to the Hello Kitty exhibit in St. Louis to Gajin Fujita’s graffiti exhibit in London, there has been a plethora of cool stuff happening around the globe. Well, there’s more to come.

The Brooklyn Museum in New York is home to the latest art show that the Hawaii Herald wants to direct you to. The exhibit Japonisme in American Graphic Art, 1880–1920 “explores the myriad manifestations of Japonisme in a selection of rarely seen American works on paper from the Brooklyn Museum’s permanent collection. Concurrent with the so-called ‘Japan craze’ in America was a renewed interest in graphic arts: as watercolor, pastel, etching, and other graphic media came to be appreciated for their artistry and expressivity, they also reflected the impact of Japanese art.”

As if that weren’t enough, the Japonisme showcase, which runs from April 16 to October 12, will complement the current exhibit Utagawa: Masters of the Japanese Print, 1770–1900, a collection of woodblock prints, which runs until June 15.

For those of you not entirely sure what Japonisme is, click here. In short, the French word describes the influence Japanese artists, such as Hokusai and Utamoro, had on Western artists like Monet, van Gogh, Manet and Renoir. 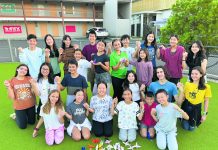 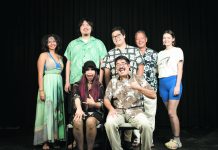