Here’s a common scenario: It’s a Saturday night and you’re at the movie theater, trying to decide which flick to see. You browse through the listings, look for something interesting and buy your ticket. But things just might not be so simple if you happen to settle on the new movie 21, about the real-life card-counting MIT students who took on Vegas.

The movie is based on Ben Mezrich’s book Bringing Down the House, but unlike the book, which chronicles several Asian American blackjack players, the makers of the movie cast Caucasian actors for the leading roles. That has set off a storm of outrage amongst moviegoers, who say the movie is marginalizing Asian Americans and perpetuating racism in Hollywood. There’s a facebook group calling for a boycott of the movie and blogs questioning the presence, or absence thereof, of racism.

But it’s not just the internet masses who are weighing in on the debate, according to this article in Fallout Central, Hollywood super-director Steven Spielberg, who has already resigned from his role in the 2008 Olympics over China’s role in the Darfur crisis, has called 21 “the most egregious example of our industry’s human rights abuses.”

If you remember a few weeks ago, we profiled Gedde Watanabe as the last of the Asian American stereotypes on film, now, as AsainWeek points out, 21 is the latest movie in recent memory that has decided to ignore Asian American characters altogether.

Kind of makes your decision at the movies just a little bit more difficult, doesn’t it? 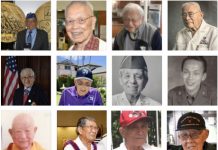