In the 1980s you would be hard-pressed to find somebody who did not watch the movie Sixteen Candles. It starred Molly Ringwald, one of the biggest teen stars of the decade, and was written and directed by 80s icon John Hughes.

But one of the lasting legacies of Sixteen Candles isn’t the story of Samantha Baker, who trudged through her 16th birthday without a cake or congratulations from her parents, but rather, the legend of Long Duk Dong, played by Japanese American actor Gedde Watanabe.

Dong, a foreign-exchange student who ends up staying with the Bakers, is part of a long tradition of Hollywood stereotypes of Asian Americans: He tries to use his fork and spoon like a pair of chopsticks, is puzzled by quiche and spews one-lined gems like, “Oh, Sexy Girlfriend” and “What’s happenin’, hot stuff?”

But while those insults have faded, Watanabe, who is originally from Ogden, Utah and whose mother was interned during World War II, still can’t escape the wrath of Dong.

“But probably most people know me as Long Duk Dong,” he confesses, “which is still hard for me to say.”

“I was working at the Metropolitan Museum of Art, and I was accosted a couple of times by a couple of women who were just really irate and angry. They asked, ‘How could you do a role like that?’ But it’s funny, too, because at the same time I laugh at the character. It’s an odd animal.”” 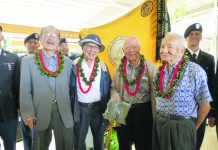 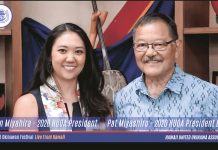