Earlier this month, you learned how to take a manga vacation to Japan on a budget. It looks like manga fans might want to consider South Korea as another vacation destination.

In 1998, South Korean government lifted a ban on Japanese products. Ten years later, according to this article in the Daily Yomiuri, the country has embraced Japanese pop culture, particularly manga.

On any day in South Korea, it’s not uncommon to see scores of teens walk into a “cosplay” – or costume play – cafe dressed as their favorite character. Successful cosplay cafes, like the Flying Needle, attract as many as 8,000 customers a month!

But manga has not only had an impact on South Korean youth, it has revitalized the country’s wine industry as well:

Of 4,095 manga published in South Korea in 2006, about 70 percent were translations of Japanese manga. “Kami no Shizuku” (A Drop of the Gods), a Japanese manga about wine, was translated into Korean and published at the end of 2005. It sold more than 1 million copies and ignited a wine boom in the country.

Yang Chae Chol, who operates a liquor shop in central Seoul, is surprised by the work’s impact on wine sales.

“The percentage of wine sales compared to total sales went up from about 30 percent to 70 percent [after the work went on sale in South Korea],” said Yang, 53. 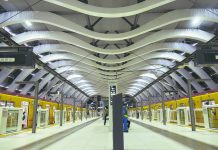 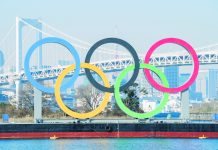