If you live in the Seattle area, like to fish and have an appreciation for trash talking, you might want to check out the Tengu Club of Seattle.

The club – named after the Japanese mythological warrior with a long nose and a tendency to brag – was founded by a group of Japanese Americans in 1946 shortly after they were released from internment camps. AJAs weren’t allowed in mainstream fishing tournaments so, in association with Tengu, they formed their own event called the Blackmouth Salmon Derby. Over six decades later, the club and the tournament, which runs from 10 to 13 Sundays in October to December, is still going strong.

And even though the original Tengu AJAs were originally discriminated against due to their race, ethnicity has never been an issue for the club. Masaro Tahara says, in this article by Mike Lewis in the Seattle Post-Intelligencer, “We talk about ethnicity, about what we eat, about who can fish the best.” 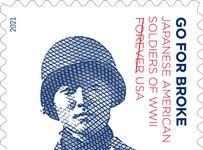